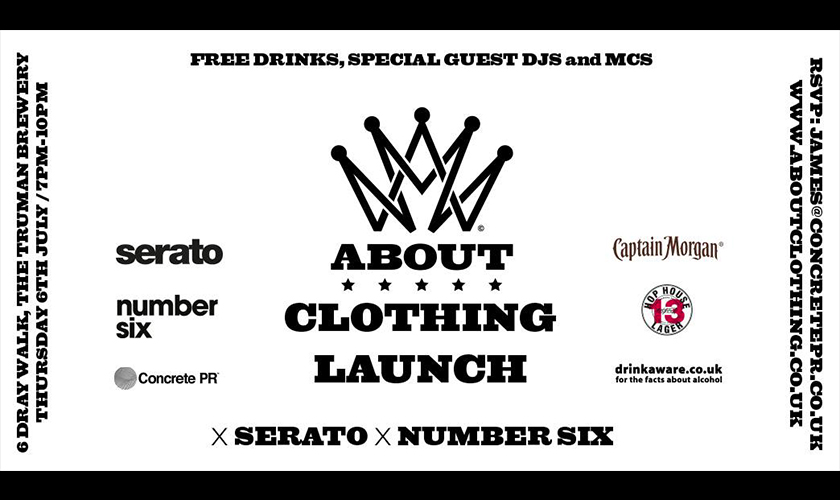 Join ABOUT clothing on Thursday 6th of July as they team up with Serato and head to Number Six Clothing store on Dray Walk, in the heart of East London. Expect free drinks from Captain Morgan and Hop House 13  + special guest DJs & MCs, running from 7PM – 10PM. Come down and check out the vibe.

Channeling UK Hip Hop and London’s underground music scene, ABOUT is a clothing brand with strong links to the culture. Officially founded in December 2015, the team behind the brand have been ABOUT for a long time now.

Chris P Cuts goes back to the golden age of UK Hip Hop with the brand’s first exlusive mix. Always ABOUT.

Join us on the 6th July for the official launch of the site and store.