On September 23rd, Richard D James drops new album ‘Syro’, his first release in over 13 years! Understandably there’s been loads of hype, with a huge blimp hovering over East London last month heralding the arrival of the new record.

Eager fans have the chance to listen to the album in full at Rough Trade East this Sunday at midday. Entry is first come, first served so arrive early if you want to avoid disappointment!

Dates are also available in the following cities across the UK: 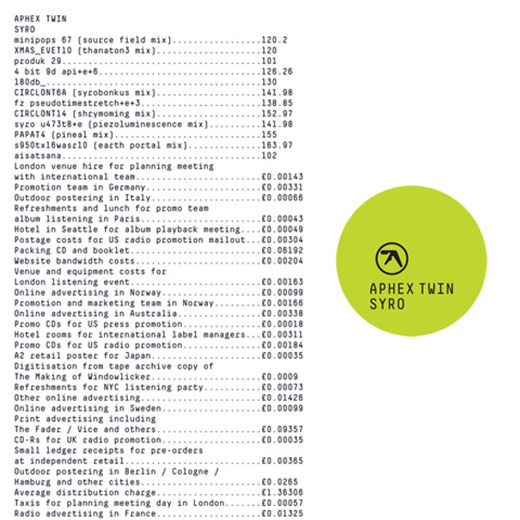 You can pre-order various digital & physical formats, as well as entering a ballot to buy the super Limited Edition 3xLP (200 worldwide) via Bleep.