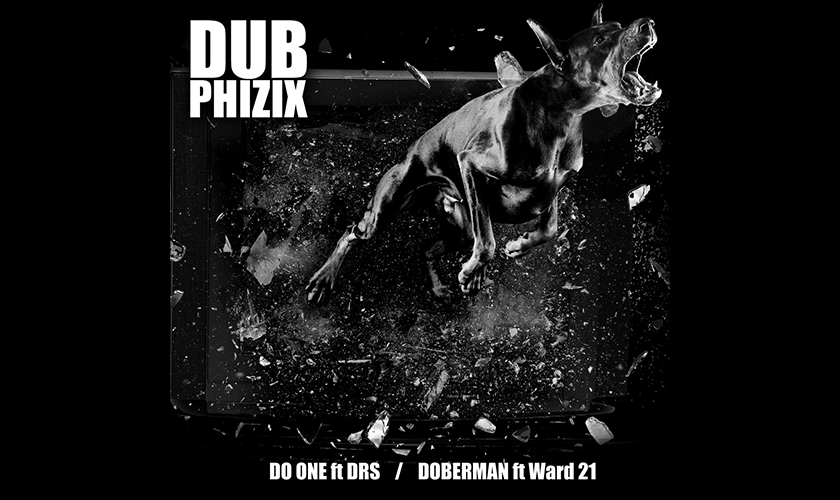 Manchester’s Dub Phizix has a new single coming out later this month.

The producer’s paired with old time pal and fellow LEVELZ collective member DRS on Do One, whilst enlisting the vocal talents of legendary Kingston dancehall outfit Ward 21 on Doberman. Speaking to FACT Mag on the Jamaican group, he said:

“Chimpo played me a song of theirs I’d not heard and I tweeted Kunley something like ‘this tune is massive’, not expecting anything to come from it,” says the producer. “Next thing Toddla T is tweeting back ‘collab please’, he gave me a contact and the tune came to life.”

Dropping via his own Senkasonic label, the single carries on in much the same vein as last year’s Buffalo Charge, which was vocalled by yet another LEVELZ artist, Strategy. Both new tracks boast frantic tribal percussion, rapid fire bars and a relentless hook that’ll be in your head for days after listening.

Now 15 years into his production career, Dub Phizix cites artists ranging from The Yardbirds to A Tribe Called Quest, through to Photek and Bugz in the Attic as influences. He’s releasing on Goldie’s iconic Metalheadz label later on this year.

You can hear Do One featuring DRS below and check FACT Mag for the exclusive on Doberman, featuring the vocals of Ward 21’s Kunley McCarthy.

The digital single’s out on the 12th of March via Senkasonic, with a limited vinyl run of 500 records shipping out on the 18th. Cop them here.