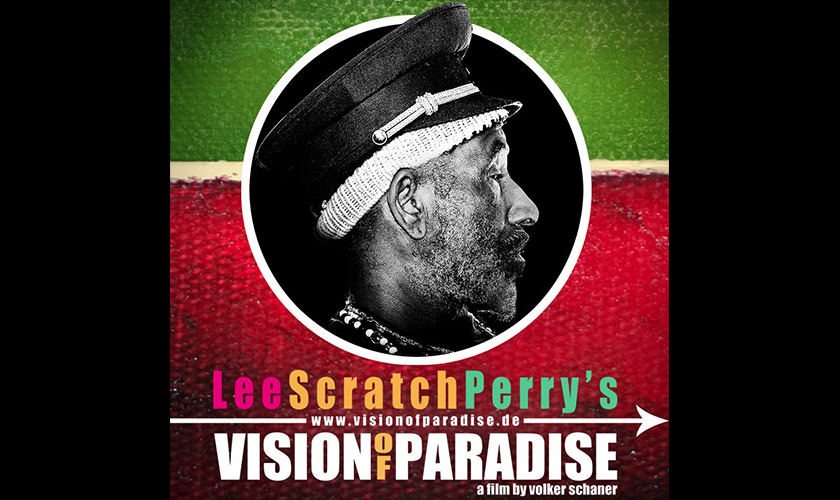 Dub Pioneer Lee “Scratch” Perry will have his life documented in a new film premiering in London this summer.

The entertaining and aesthetically stunning Visions of Paradise is the product of German filmmaker Volker Schaner. The film spans his 15 year adventure with the The Upsetter through Jamaica, Ethiopia, London, Germany and Switzerland, where Perry currently lives with his wife Mireille and two children.

Much more than just a standard biopic, Visions is a journey into the technicolour world of musicality, creativity and innovation that Lee “Scratch” Perry’s built up over his illustrious 60 year career. Interviews and live footage of the artist are interspersed with psychedelic animations, archive footage from the Black Ark studios and talks with artists & collaborators including Dennis Bovell, Martin ‘Youth’ Glover and Adrian Sherwood.

A fire last December destroyed Lee’s “Secret Laboratory” – the studio space where Perry stored his electronic equipment and his instruments as well as his vast collection of show costumes. Lee’s reached out to his many fans around the globe to send him new costumes, hats and outfits, so if you want to see the legend playing live in something you’ve made, get involved.

Lee Scratch Perry’s Vision Of Paradise will premiere on the 4th of July at EastEndFilmFestival Genesis Cinema London. Find the trailer below. Tickets available now.