After blessing customers with a re-up of the Air Max 97’s coveted ‘Silver Bullet’ colourway less than two weeks ago, the cult Nike shoe is back next month in a striking gold makeup. 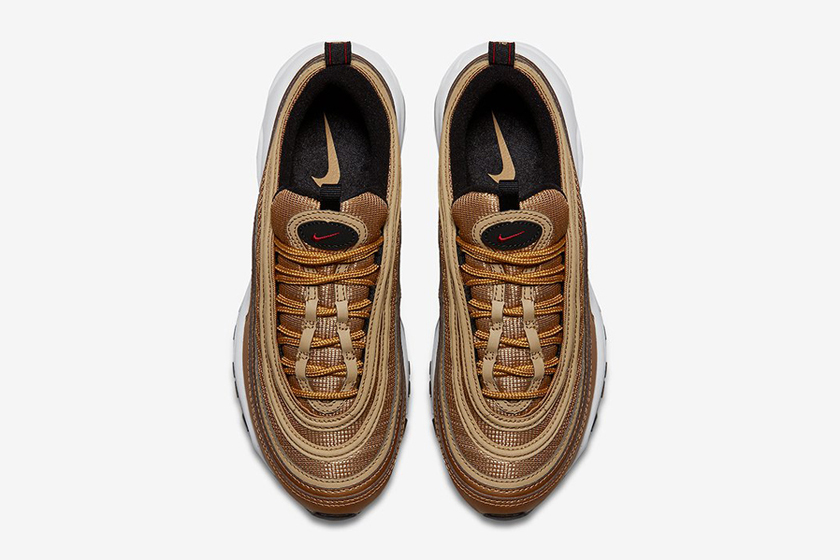 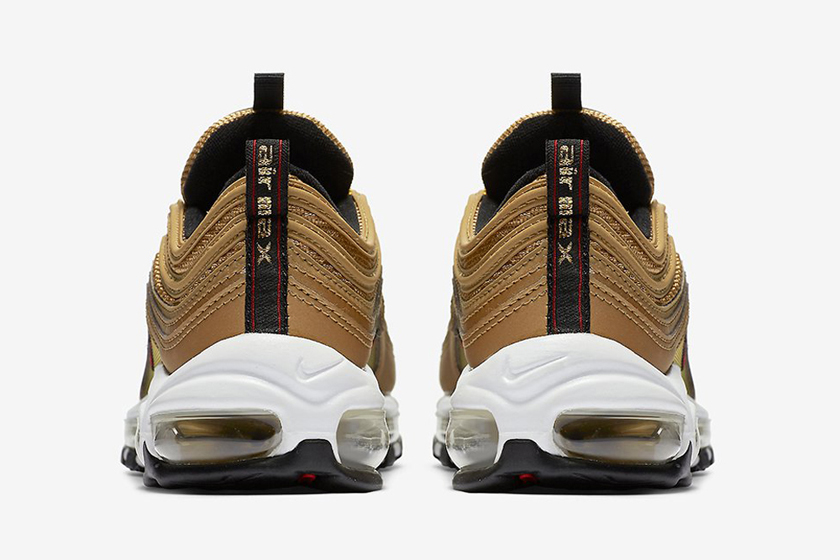 Last seen back in 2010, the ‘Metallic Gold’ 97 features a leather and textile upper with reflective 3m panel overlays. The shoe’s white, black and team red accents perfectly complement it’s burnished upper. Though not as immediately recognisable as the beloved silver counterpart, this colourup would make a great addition to any self-respecting sneakerhead’s wardrobe.

The Nike Air Max 97 in Metallic Gold/Team Red-Black-White is out Thursday, May 18th priced at £130. Pick up the shoe on release day from Nike.com