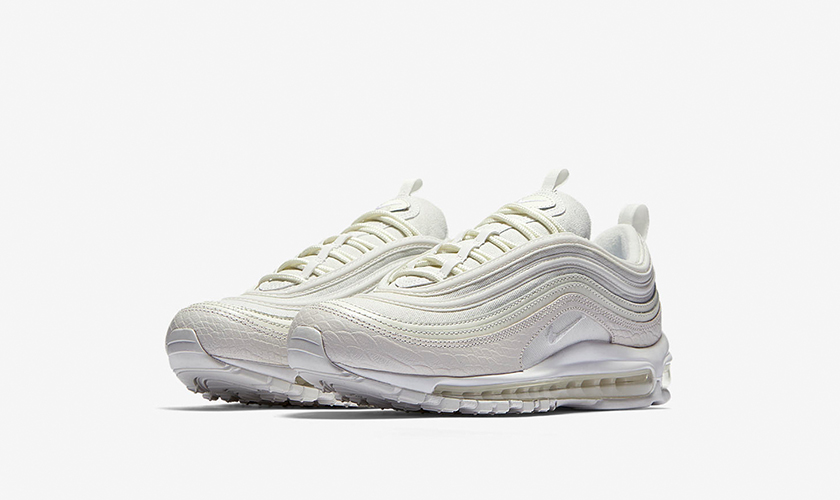 Nike kit out the Air Max 97 in a clean ‘Summit White’ colourway for summer 2017.

Arriving in a tonal White colourway complemented by off white laces and air bubble, a synthetic snakeskin texture finishes off the iconic shoe beautifully. This white snakeskin pack – nicknamed ‘Summer Scales’ by Nike – comes complete with Air Max 90 and Air Max 95 models made up in the material.

Look out for more colourways of the Air Max 97 arriving in the coming months, as the shoe’s 20th anniversary year draws to a close. An awaited ‘Triple Black’ edition is due out this November. 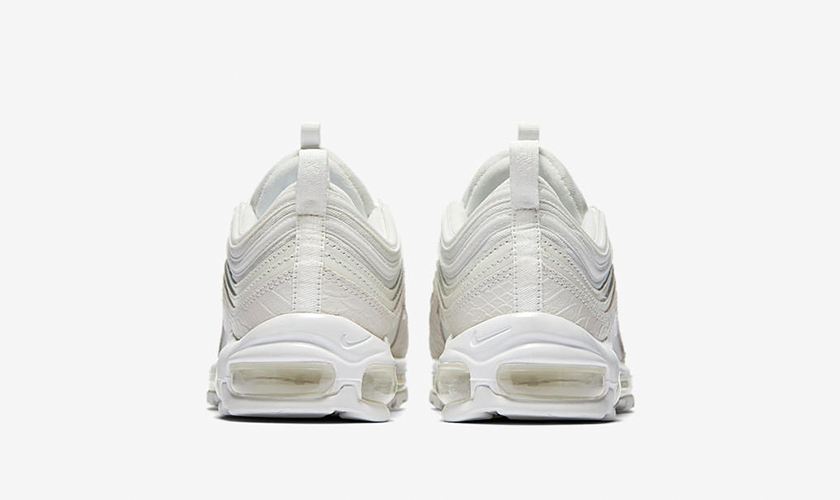