Californian producer and vocalist Seven Davis Jr has signed to London’s own Ninja Tune for the release of a new 12″ single, dropping in February 2015. 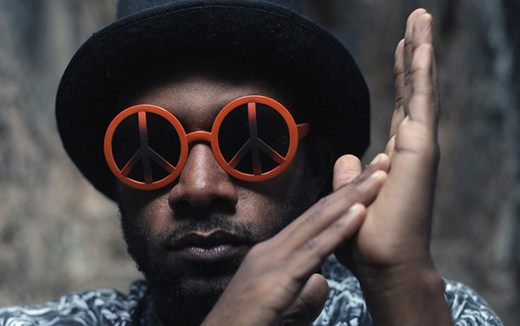 Ninja Tune welcome SDJR into the family with ‘Wild Hearts’, a groove-filled, infectious offering full of soul and character, making full use of Seven’s talents on both the buttons and the microphone. Both the title track and the B-side ‘Let Somebody Love You’ marry his experience in the electronic underground with the sounds of his early inspirations from Michael Jackson and Prince to Stevie Wonder and Aretha Franklin.

‘Wild Hearts’ is due out 9th February, just before Valentine’s Day. Preorder on vinyl & digital formats here. Ninja Tune have announced that they will also be releasing Seven’s debut album later on in the year. You can check SDJR live for yourself as early as the 17th January, when he kicks off his EU tour at Gilles Peterson’s Worldwide Awards 2015, Koko Camden.

Listen to ‘Wild Hearts’ for yourself and check Seven’s tour dates below.