LA native Shlohmo has announced more details of his forthcoming LP on True Panther Sounds, premiering a second track from the album via his Soundcloud. 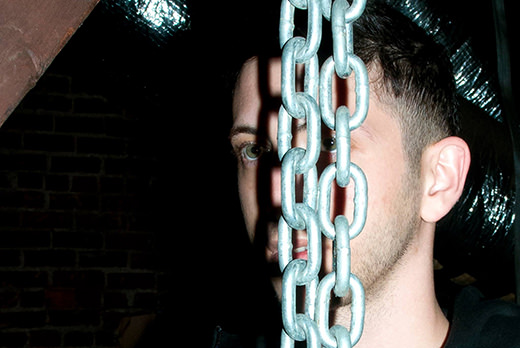 The artist, also known as Henry Laufer, is sidestepping current trends that lean toward pristine, computer-generated productions, instead embracing the imperfections of organic instrumentation, natural distortion and analog production. The result is a marriage of his already established moody, richly textured instrumentals with an intentionally distressed sound reminiscent of cassette-tape jungle or even sludge metal. He explains how the troubles in his personal life have effected the sound and feel of the record whilst magnifying it’s intensity.

“When I started working on Dark Red about two and a half years ago, I had just moved back to LA and built a small studio in my apartment, mostly with my dad’s old gear from the 80s. I had just lost some people close to me and was dealing with another loved one’s health issues. I was all over the place mentally, and I think it reflects in this record whether I like it or not.

The only thing I did know going into it, was that I wanted this one to be loud, and not just loud but really really f***ing loud. I wanted the sound of the thing to be devastating and violent. Recordings that force you to feel something even if that something isn’t good. I’m proud to have made something polarizing, a record that’s strong and undeniable even in its moments of pure anxiety and confusion. It’s tragic and painful at times, but that’s all part of it and I want that to be heard and felt. You don’t have to like it, just listen to it.”