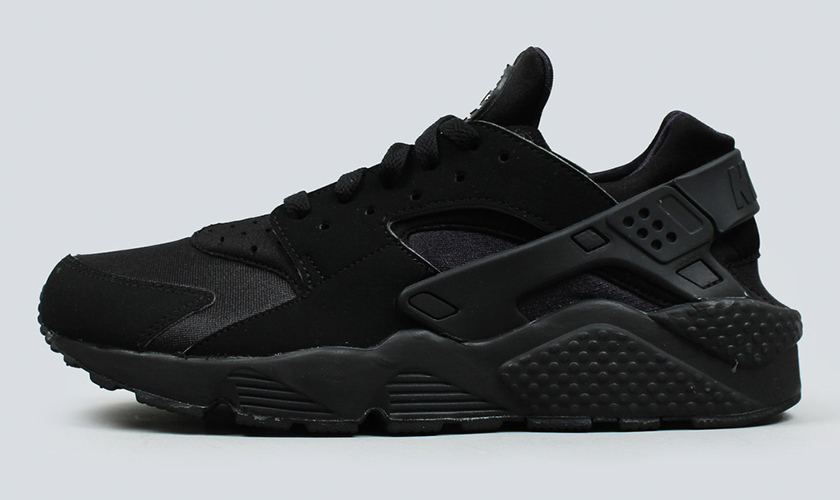 This week’s Trainer of the Week is the Nike Air Huarache in it’s much sought-after ‘triple black’ colourway.

Originally released in 1991 by legendary Nike footwear designer Tinker Hatfield, the Huarache model was, and still is extraordinary, featuring a sock-like neoprene upper with an outside framework and rubber heel cage. 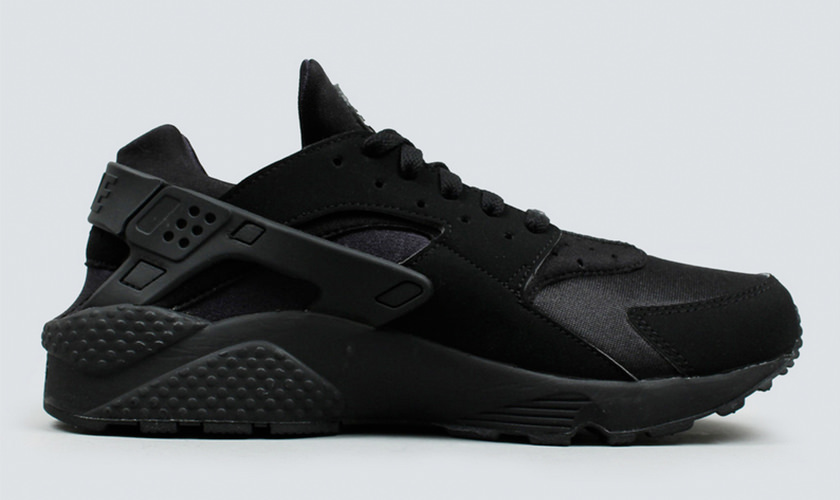 The avant-garde design came to Hatfield after observing the construction of neoprene waterskiing equipment alongside the traditional Mexican huarache sandal, which had been reappropriated itself by the hippy movement of the 1960s. 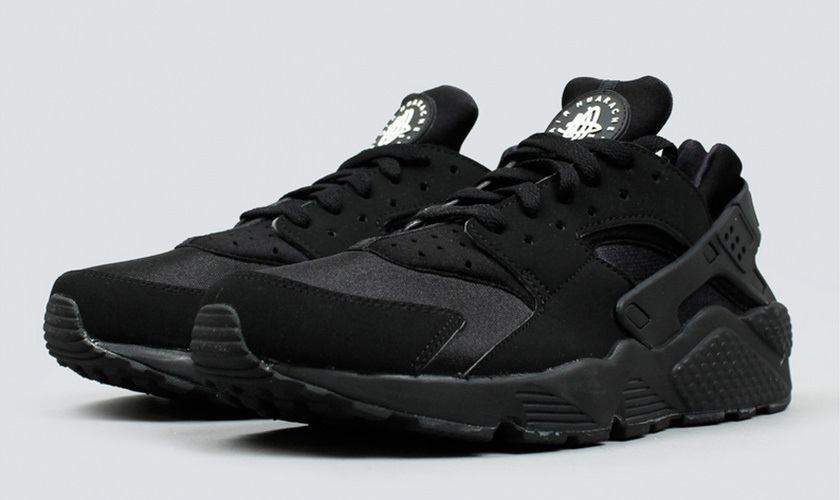 The ‘Dynamic Fit’ construction wasn’t embraced at first. It failed to gather enough interest to warrant production from Nike, only making an impact after some genius guerilla marketing at the 1991 New York Marathon.

Nike’s Air Huarache model experienced a large resurgence in popularity last year, before which it had been the territory of sneakerheads and sportswear retrophiles. It’s comfortable build and breathable materials make it a perfect shoe for this summer. 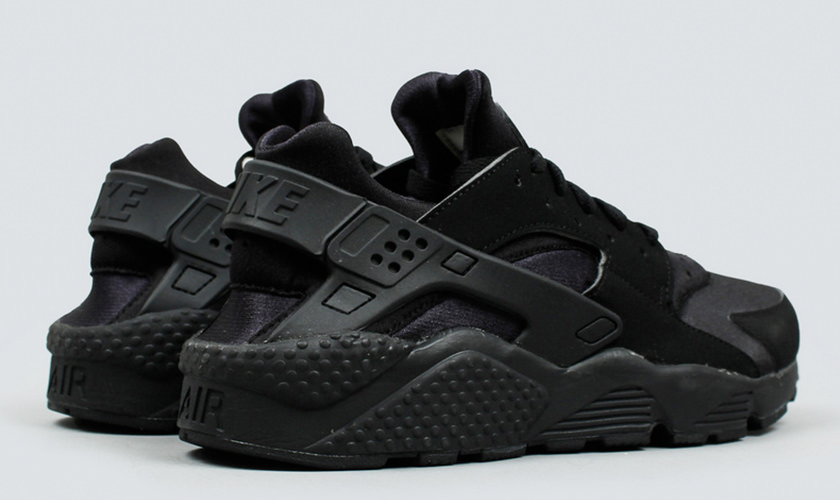 Today, you can also shop for Huarache Light and Huarache NM varients, as well as the classic Huarache Air Trainer model, loved by collectors. The Air Huarache itself remains completely void of Nike’s iconic swoosh logo. The all black palette we see here puts all visual emphasis on the classic Huarache silhouette, re-released to the UK market for Summer 2015.

The Nike Air Huarache ‘triple black’ is now available online and in store at The Content Store. RRP £90.00 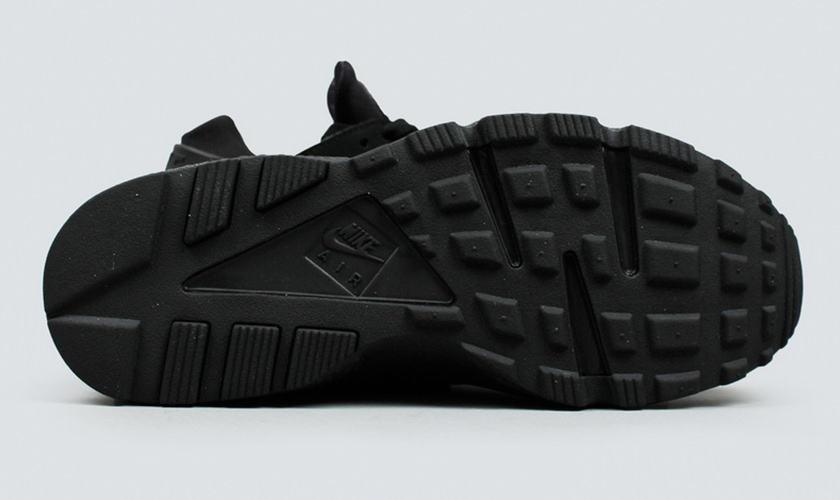