Each week we repost the #Ones2Watch mix from Urban Nerds, this week’s mix comes from a couple of guys who’ve been on the scene for a while in their own respective rights but have come together in the last year or so to form DEVolution. Described as a melting pot of influences collectively rooted in electronic music, which is hardly surprising given the heritage of its two protagonists. Pete Devereux conquered the mainstream once before as half of Artful Dodger, who propelled UK garage from the underground and into the charts and his fellow accomplice is former Size Records artist Tom Devos.

The two have been extremely busy as of late with their impending EP Transition due for release on Speakerbox at the end of next week (1st December). The EP has seen the duo collaborate with MNEK & Aaron Soul and tracks Admire & Too Much Heaven have been used to tease us over the last couple of months. 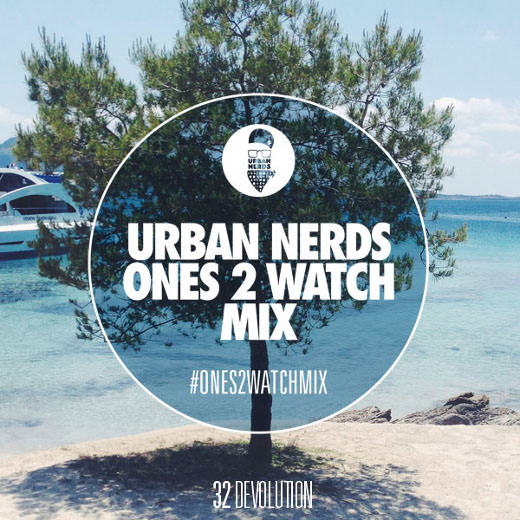 The guys took a little timeout of their day to answer a couple of questions as well.

What has DEVolution been up to as of late?

We have just had a writing session with the wonderful Sinead Harnett, been really busy working on new tracks for EP3 and we are just back from an amazing gig in Neuchatel, Switzerland.

Both of our surnames begin Dev (Devos & Devereux), you can work the rest out I am sure!

Tom: Green Velvet – Bigger Than Prince (Hot Since ’82 Remix). Quite late on this – we DJ’d after Hot Since ‘82 at Shakedown and I loved what he was playing and as soon as I got home I looked him up and found this gem.

Pete: Nice and easy then! Er… Inner City ‘Good Life’ is right up there.

Tom: Deee-Lite – Groove Is In The Heart.

Tom: I usually tell people it was MARRS – Pump Up The Volume but if I’m honest it was Mel & Kim ‘Respectable’!

Pete: Both of my parents were classical musicians and I began learning the piano from the age of 4, so plenty of Brahms & Liszt!

Tom: 2 records were always on – Pictures At An Exhibition translated to Synthesizers by Tomita and the 1973 soundtrack to Jesus Christ Superstar.

Pete: I was an 80’s kid so the whole Synthpop era was fantastic – New Order, The Human League, Pet Shop Boys, Eurythmics, Frankie Goes To Hollywood – in fact Trevor Horn is one of my favourite producers of all time.

Tom: That’s a pretty broad question, if I had to name a few they would be The Prodigy, Slayer and Claude Debussy.

Pete: I think if we could get a Common vocal on one of our tracks that would be special, or Mick Jones from The Clash!

Pete: I always have MistaJam, Zane & Annie on at home to keep up with everything and I caught a bit of Shy FX at Global Gathering this year and his tent was going off!

Tom: As I said earlier, Hot Since ‘82 was pretty decent at Shakedown, also really enjoyed seeing Hannah Wants recently and it’s always interesting to see what local lad James Zabiela does with his sets.

What’s been the highlight for you guys so far?

Tom: Playing at Fabric earlier this year, vibe was amazing and it took us by surprise and also our recent gig in Switzerland was really good fun and completely different to any of our UK gigs.

Pete: Playing Golf (I am a 10 handicap) and catching up on shows like Breaking Bad and Homeland which I am far too busy to watch when they are actually on.

Tom: I am really into Gaming and I can’t wait for my pre-ordered PS4 to come at the end of November.

Pete: I once played the Violin in Notre-Dame Cathedral.

Tom: I have performed on Songs of Praise. In the end they had to overdub the performance with a different recording as I was sitting on a squeaky stool that had ruined the soundtrack.

Pete: Keys, Phone, Wallet, Chewing Gum and as of late a bloody headache!

Tom: Phone, Keys, Wallet and often a few of my kids toys!

Pete: Well it’s not my moment as such, but years ago at the Ivor Novello’s I was stood chatting with Mark (my partner in Artful Dodger) and Craig David. Stevie Wonder (who was hosting) walks in the room and Mark gets all excited and starts bobbing up and down. Craig asks Mark what he is doing and Mark explains he is trying to catch Stevie Wonder’s eye so they can have a chat. Craig, in utter disbelief, reminds Mark that Stevie Wonder is in fact blind! Oh what a moment.

Tom: Walking on stage at Café Mambo I was wearing a sarong which caught as I stepped up meaning I arrived on stage in my pants!

X-Factor, Made In Chelsea, KFC Gravy.

Pete: Roast Beef, Yorkshire Puddings and all the trimmings.

Tom: Domino’s – with the same toppings from the last 20 years.

What’s next in the pipeline for you guys?

Head down for the rest of the year in the studio working on EP3 and busy on the road gigging.