This weeks Ones2Watch mix courtesy of the Urban Nerds comes from Friend Within and trust us it’s BIG, starting on a perfectly apt sample this mix is top of the pops. With releases on Dirtybird and PETS and remixes for the cream of modern music talent such as Fenech-Soler and Mausi already under his burgeoning belt, this is one producer already impossible to pigeonhole and difficult to ignore since bursting onto the scene in early 2013. Seemingly arriving from nowhere, Friend Within has made a lot of friends in a very short space of time. From guesting on T.Williams Rinse FM show to radio plays by Skream & Benga, Annie Mac, B Traits, Mistajam, DJ Cameo and Monki as well as having already DJ’ed in pretty much every major city in the UK, there’s no denying the dent this mysterious producer has made. More info HERE. 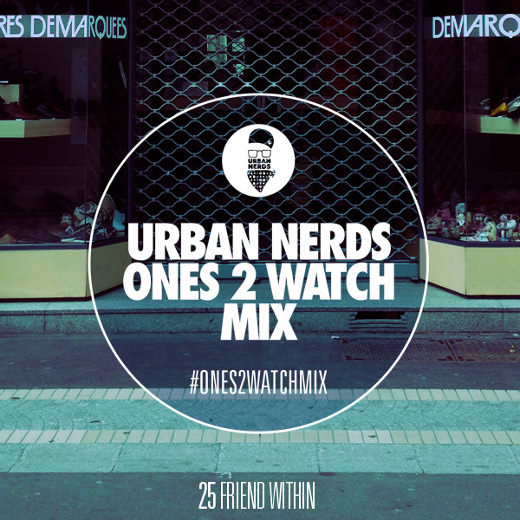 Not only did they get this massive mix from the rising star but they also managed to grab a swift interview.

What has Friend Within been up to as of late?

Spending Monday to Thursday in the studio and DJing at the weekends. I’ve been a busy boy.

It comes from a cat that comes into my garden that I started to call Friend like off The Inbetweeners. I stole his name and stuck ‘Within’ at the end. Thanks cat!

Bondax – Giving It All (Friend Within Remix)

All of the above mentioned.

Whoever is warming up. That’s the hardest one to do.

My track The Renegade getting so much support in clubs and radio.

Playing football, going for walks with the Mrs., pub,

I have no secrets

Playing the same track twice in a set. I did that once many years ago. I was testing out new tunes I’d made and forgot what they were called and ended up doubling up on one. Strangely it went down better 2nd time around.

Shorts with socks, Kym Sims “Too Bling to See It”, Beauty and the Beast.

I have a plethora of remixes coming out for John Legend, Bondax, Wankelmut, MAUSI, Lethal Bizzle, Mike Mago, Defected records and Rebirth records. Still to come out is my EP on Hypercolour.

In-between all that I’m trying to work on original music for the end of the year and I’m gigging all over the UK and hoping to hit Europe soon!