When you look on the internet and see that your second EP on sale for £289.30 you know you’ve made a valid contribution to music. In 2009 Lancashire man Paul Cottam burst onto the underground deep house and nu-disco scenes with the release of 3 limited edition 12” vinyls, combining neo-soul, afrobeat and hip-hop with slo-mo grooves creating 3 EP’s, which with no promo sold out very quickly upon release and evidently putting a stamp on his style. RUFF CUT 01 the first release of Cottam’s new label it is almost a rendition of EP 002 with the A Side having a much deeper and calmer feel to it whilst on the flip side everything is slowly kicked up a few bpm’s. 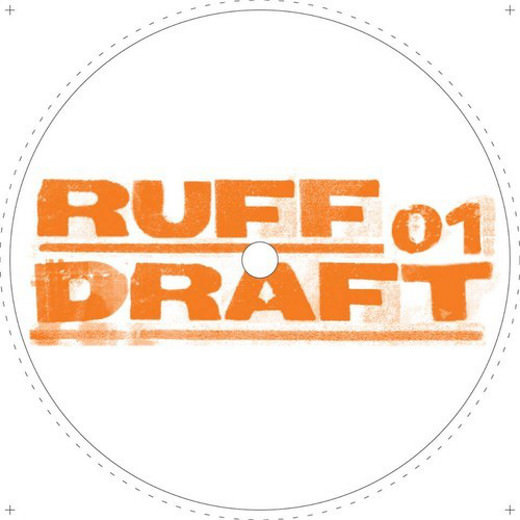 Lost In My Brain Fog (extended outdo mix). Aptly named considering the feeling you get from the synths and analogue hardware which give a warm airy feeling, but if you listen closely, you can hear the complexity of all the layers structured in, to create the only track on the A Side. 12 minutes is a long time for any track to sustain the same feeling throughout without changing the mood and to do so takes some doing, yet Cottam seems to manage this with ease. A good majority of Dj’s would have played 2 tracks within that time, 6 if your DJ EZ.  Lost in my Brain Fog starts with a long slow build up with the use of percussion instruments before a kick comes in and eases into the next stage. Part of the beauty here is the way the kick is maintained but depending on where you are in the track it becomes thicker and adds more body to what is heard. The subtle drops and changes help break down the long drop on what is a natural calming rolling track.

A Variation On A Theme. Listening to the first 30 seconds of the B Side on this record you’re misled into thinking the mood is going to mirror the A Side. The track starts with harmonic strings before they disappear beneath an embodiment of groove driven kicks and bass, touched up with percussion. The simplicity of the flow of within the track ensures it’s an easy listen, whether it be 4am in a deep dark basement at or 4pm outside on the terrace being pumped out of a Funktion 1 sound system. The keys used to create the melody gives ‘A Variation On A Theme’ a soulful tone whilst the bass and the kick help to give it a slightly darker feel.

Lost In My Brain Fog (medicated mix) Ruff Draft 01 is put together in such away that if you listen to the EP with the tracks in order, its as if you’ve walked up three steps. The vibe of each track jumps up a notch with the medicated mix of Lost in my Brain Fog by far the darkest. The background noises and metronomic kick that sit inside of the intro give you an instant ‘I AM TECHNO’ feeling. The only vocal samples used in the Ruff Draft 01 EP become apparent as the track drops for the first time with the words ‘I’m lost in my brain fog’. The effects used on the sample help to embed it right within this rolling dubby track keeping with the slightly airy feel the original exudes. Amidst of extra electronic sounds the main rhythm of the track is played out in such as way, its easy to walk away humming the beat to yourself.