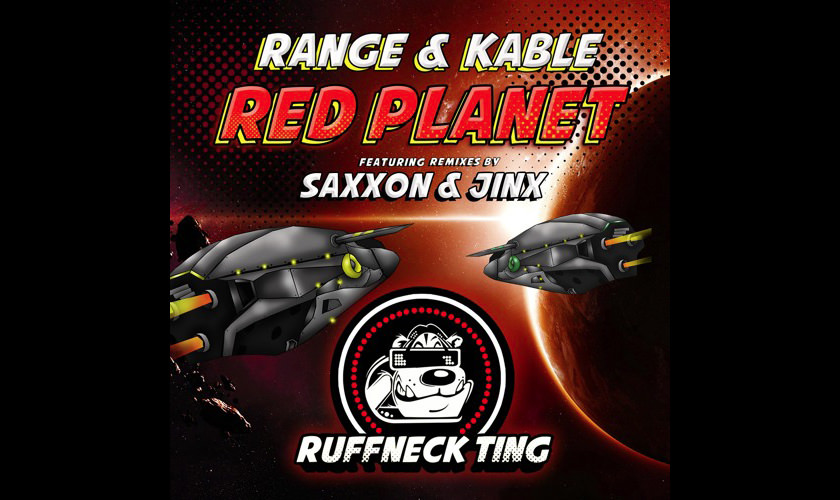 The Bristol Jungle/Drum & Bass scene is as healthy as it’s been in years and that’s in no small part down to one of my favourite labels: Ruffneck Ting. Since its relaunch in 2013 it’s been at the forefront of the genre, responsible for some boundary-pushing releases that, first and foremost, are designed to get the dance floor going. Anyone who’s been to one of their Bristol parties can testify to this.

The newest addition to the Ruffneck crew is local boys Range & Kable.  Having made their name as regular DJs on the Bristol scene, they’ve been honing their production skills and, after a debut release on Carasel’s AFT Records, it’s time for their first solo EP.

Heavyweight stepper of a title track ‘Red Planet’ has a womping bassline that could indeed be from another planet. Saxxon’s remix is an energetic, dirty and more in-your-face reworking. Also on remix duties is Jinx, whose take on ‘Pandorum’ is a constantly evolving, gritty roller with echoing vocal samples giving the track an eerie intensity. I’ve been waiting for the release of ‘Nikel’ ever since it got put up and swiftly taken down on Soundcloud over a year ago. Its layered bassline rolls and stabs, creating a tastefully filthy and unique sound, eased along by vocals from Texas. ‘Nikel’ epitomises the EP’s refreshing individuality; indeed few debut Drum & Bass releases can claim to show such originality. Keep an eye on these two.