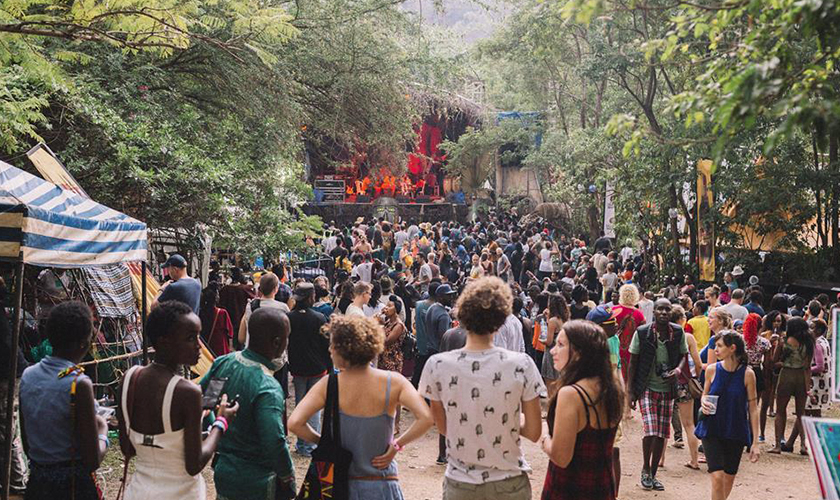 Set in the grounds of an abandoned hotel on the banks of the river Nile, Uganda’s Nyege Nyege Festival suggests a bright future ahead for East African music festivals. 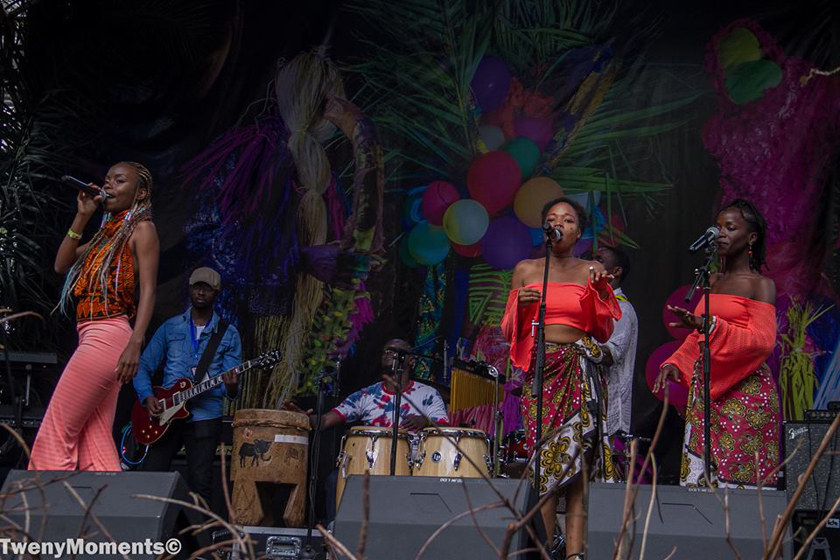 Having been persuaded during a long car journey with an expat friend to come to ‘this festival in Uganda’, I sold my Boomtown ticket and bought some flights, not quite sure what to expect from Nyege Nyege. We arrived at night, set up our tents and awoke to tropical sunshine. After a refreshing swim in the Nile an exploration through the site revealed a truly unique set up. Layered terraces from the hotel’s prime rise up under a leafy canopy from the banks of the river. They’re interspersed with twisting pathways and some slightly out-dated animal sculptures including an almost life-size elephant, which give the place an air of surreal nostalgia. This maze of patios housed two of the festival’s four stages and provided created plenty of secluded spots to relax in. 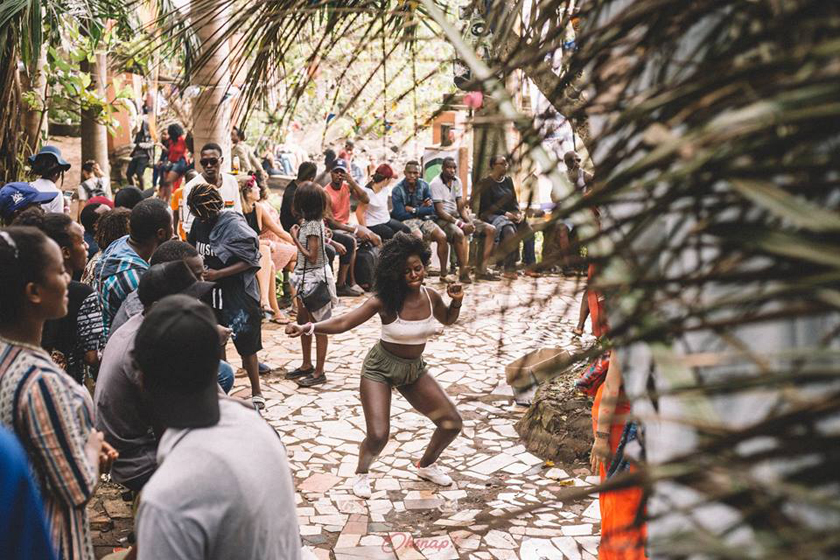 The main stage, beautifully decorated with giant tribal masks built from recycled scrap metal, stretched back to an impressive variety of food stalls (curry, local favourite: the ‘rolex’, jerk chicken, burgers, the lot). Back towards the campsite Nairobi’s Umojah Sound system set up camp in classic system stylee with two giant stacks either side of an arena-like sandpit. One of the few active dub/reggae sound systems in East Africa, Umojah’s resident selectors kept the vibes flowing all weekend with dubplates called in from all corners of the globe and guest DJs brought jungle, dancehall and other bass-heavy sounds to add to the steady flow of top quality roots and steppas. By the river the funktion-one powered Samedia stage played host to DJs from all over the world dropping everything from Afrobeat and techno to garage and drum & bass. Genre-spanning sets from DJ Marcelle (Holland) and Zipporah (Isreal) had me shamelessly reaching for Shazam.

The main stage had a largely African line-up and Ugandan musical culture held a strong presence during the daytime. Multi-instrumentalist Albert Ssempeke displayed the musical traditions of the Kingdom of Buganda, whilst the dynamic Damdanda Kadodi Performers brought the percussion of the Bagisu tribe, traditionally performed during the annual Imbalu circumcision ceremony, to the stage and the Kalalu Cultural Group, active since Idi Amin’s reign in the 1970’s, showcased the panpipes, xylophone, fiddle, drums and dancing of the Basoga people. Highlights included the hypnotic world music/soul fusion of Kenyan singer & Orutu fiddler Labdi and Abakisimba Troupe’s unique harmony of high-energy Kenyan percussion with hip hop, reggae and a myriad of other styles.

Yet despite the unique set up and amazing variety of quality music, it’s Nyege Nyege’s vibe that makes it truly stand-alone. Most noticeable is a tangible air of inclusivity and collaboration that no doubt stems from the bringing together of so much of east Africa’s burgeoning talent. By the Sunday a carnival atmosphere had settled over the site and nowhere was this more apparent than during Nairobi dub band Asili Dub’s electric performance, when torrential rainfall sparked riotous scenes and arguably the most fervent calls for ‘one more tune’ I’ve ever witnessed. 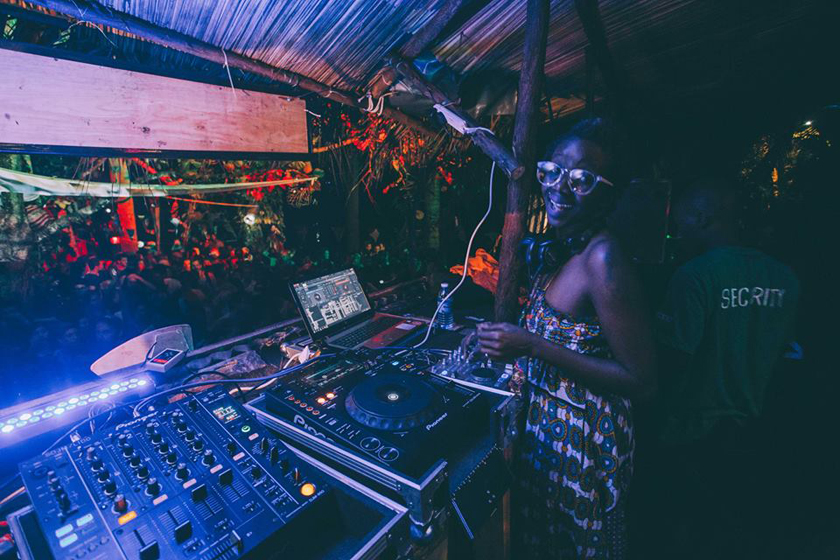 Having gone to the festival with few expectations I’m happy to say I was more than pleasantly surprised by just how very good it was. Meticulously planned and professionally run, there’s very little to fault. Where else can you wake up with a swim in the Nile, grab a delicious meal for little more than £1 and hear some of the best African and international music on top quality sound systems? If Nyege Nyege 2017 is anything to go on then there’s a bright future ahead for East African music festivals. 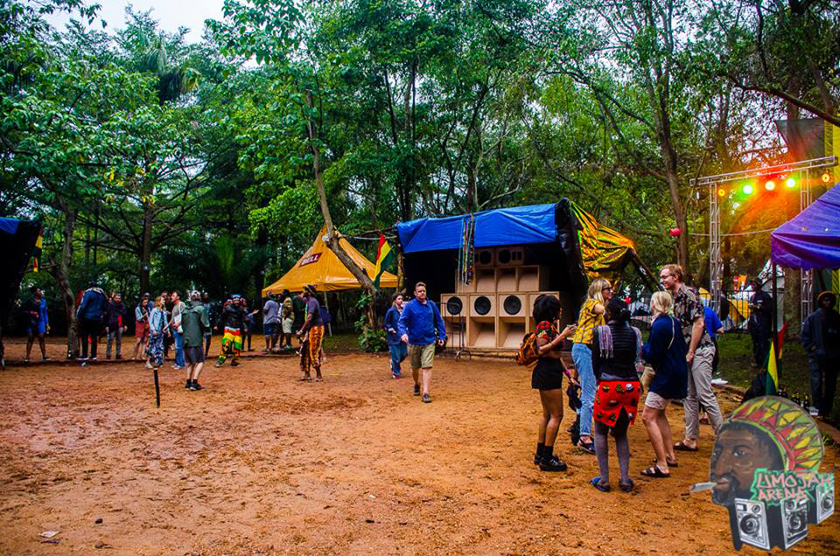