Its always very intriguing when you hear of a new concept coming to mind, especially when there are visions of the ultimate rave euphoria experience. On the 12th April, Hackney Wick’s iCan Studios, the stage for many underground raves was set to be transformed into a complete utopian atmosphere, with added production guile. The Circle had a concept which sold tickets online, but also allowed those who were in ‘The Circle’ free entrance to a party which included stellar acts Alex Arnout, Clive Henry, Mihai Popocviciu & Alex Celler.

Upon entrance, easily visible, stood a stand where girls were applying face paint and glitter to faces. There were a few other surprises such as on site masseuses, on stage performers, a tucked away cocktail bar and the ‘Flash Daddy’ photo van which gathered many attention. The larger room in iCan Studios, generally called the main room is set in a way the DJ/Artist is the main focus of the room and clearly seen, unlike some venues where the DJ booth seems to hide them. Tony Woodford & Will Mayer played the first 2 sets in this room dropping some dubby rolling techno tracks. Musically, The Circle was of to a good start. Both opening Dj’s warmed up the crowd nicely with Will Mayer spinning a remix of Inner City’s ‘Good Life’ which seemed to touch everybody the right way before the focus was drawn to Area 2. 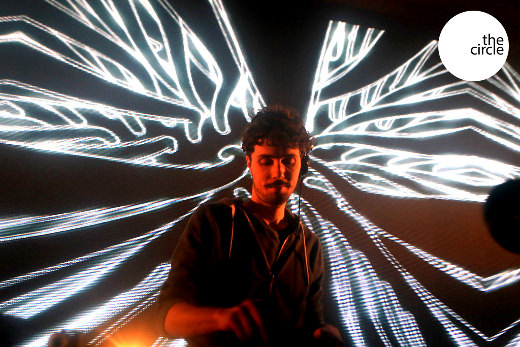 When Alex Arnout started his Journey in Area 2 it was inevitable the vast majority would flock to go listen to the Dogmatik Recordings boss. Once AA was off to a start and got deeper into his groove, it wasn’t before long the room was at a full, comfortable capacity and rocking from front to back. Solid basslines and tantric grooves had this room stood, as if in the palm of ones hand, waiting for Clive Henry to step up and pick up where AA had left off. And that is exactly what the CircoLoco man did. Alex and Clive are no strangers to being on the same line up or playing b2b together. This is unsurprising, because the fluidity between the change over felt seamless, natural even. 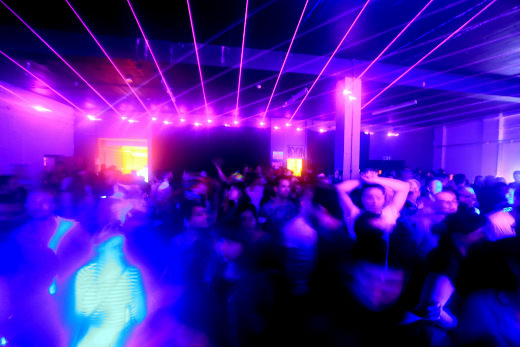 It was easy to be left feeling amused and shocked at the same time, coming over with laughter because you’ve just witnessed, only 2 yards away somebody receiving a professional massage, in the middle of the dancefloor. This only helped add to the atmosphere inside, hiding the one downfall being both rooms not filling out. Nevertheless, this didn’t stop Alex Celler from churning out a set that was played as if he were stood before a thousand people. Alex put on a display to be proud of. Real quality, rolling, dubby grooves, distributed through the sound system via the use of 1210’s & 2000’s. Fortunately, DanceTrippin TV recored AC’s set for our enjoyment, so even on a half decent, repro iPod dock, you can get lost in the music feeling every kick, snare and note in the b-lines. Mihai Popocviciu stepped up next to follow suit and he didn’t disappoint. It wasn’t before long that the main body of the party filtered in to hear exactly why the Romanian born DJ/Producer is considered one of the most innovative eastern european producers of the modern era. Somewhat of a modern day George Enescu (an old composer dubbed the ‘Romanian Mozart’). 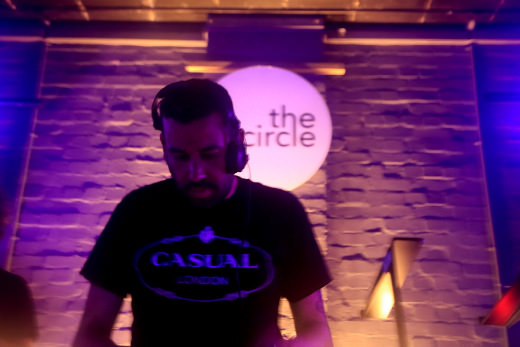 The night was bought to a close by resident DJ and Suro Records boss Marcelo Demarco to bring an end to a thoroughly enjoyable night, with the party-goers staying till the last beat was played. The music seemed to captivate all those that has had attended as well the nights entrainment. The next Circle party isn’t until New Years Eve in Punta Del Este, Uruguay but we look forward to the next on the shores of the UK.