The Urban Nerds are at it again, they have their finger firmly on the pulse when it comes to the newest sounds and freshest DJs. None comes fresher than Mak & Pasteman, two producers who are doing BIG things. With fresh releases in the form of Dither on the Lobster Boy imprint and a remix of Breach’s ‘Jack’ on Atlantic/DirtyBird these two have really made a name for themselves in UK clubland and beyond. Each week we will be featuring the latest #Ones2WatchMix from Urban Nerds so keep your eyes and ears open. For more info on Urban Nerds click HERE. 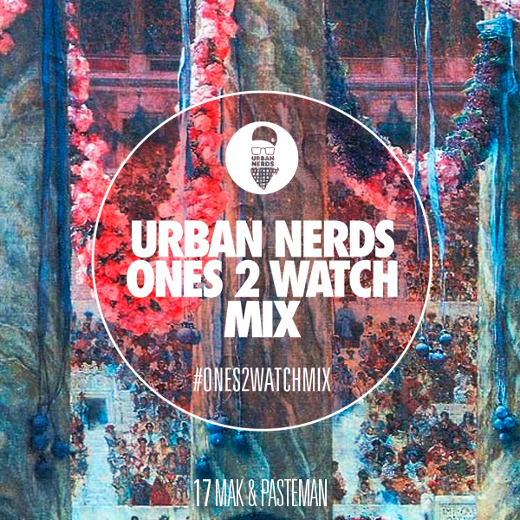 What has Mak & Pasteman been up to as of late?
We’ve been working on our next couple of EP’s for the rest of this year, testing out new material in sets and doing a couple of remixes too.

How did your name come about?
Craig’s surname is Mcnamara hence Mak, Matt used to run a soundsystem called Cut & Paste and got called the Pasteman from that.

Whats your favourite track at the moment?
Probably NYTA – 95

What is your favourite track of all time?
Hard question!

What was the first Vinyl you ever bought?
P – I think it was a reissue of Joe Smooth – Promised Land
M – Not got a clue! SMD Vol 1 was an early purchase

Who are your inspirations in music?
P – I take a lot of vocal influence from the soul I grew up with and the sub bass from dub that was the sound of my time at uni in Leeds.
M – Everything really. From the darkness of jungle to the soulfulness of disco and all the music inbetween.

Who would you like to collaborate with?
We’d love to work with Breach or Redlight. For vocalists I think Strategy would be sick on a track!

Whats been the highlight for you guys so far?
I suppose last being involved in Lobster Boy has been a real big look for us, the sound of the label and quality of tracks makes it somewhere we are blessed to release on, When the 12″ of Dither arrived that was a sick moment.

What does Mak & Pasteman like to drink?
P – Smirnoff Ice, Although Hooch is back…
M – Real Ale

What are your favourite past times outside of music?
P – Cooking or Buying trainers most likely.
M – Watching Game of thrones.

One thing that nobody knows about you?
P – I have a fear of other people brushing their teeth.
M – I knocked a hamster out with one punch.

Whats your biggest fuck up/embarrassing moment?
P – I’ve played the same tune twice in a set when i was pretty steaming…
M – SAME!

If you were on death row what would your last meal be?
P – Mine would have to be a lamb shank, mashed potato, seasonal veg & gravy!
M – Curry from this restaurant in Dubia, Plus a kebab from there and there full selection of starters and some Rasmilai to settle the guts after! Also 4 bog rolls!

Whats next in the pipeline for you Mak & Pasteman?
Right now we’re focusing on our next EP which is dropping on Ben Westbeech’s Naked Naked Imprint this summer! We’re also curating a night in collaboration with one of our favourite nights in the UK where we bring our favourite acts to join us for the night and jam/party al night long!
For more from Mak & Pasteman check out their, Facebook, Soundcloud & Twitter.