This week our Ones2watch mix from the Urban Nerds is something quite special. They have got a mix with two artists who have been the backbone of British Hip Hop for many years and recently have come to the forefront of the scene again with new releases. It’s a mix filled with classic Hip Hop sounds from Ty & DJ Big Ted. For more info on TY click HERE. 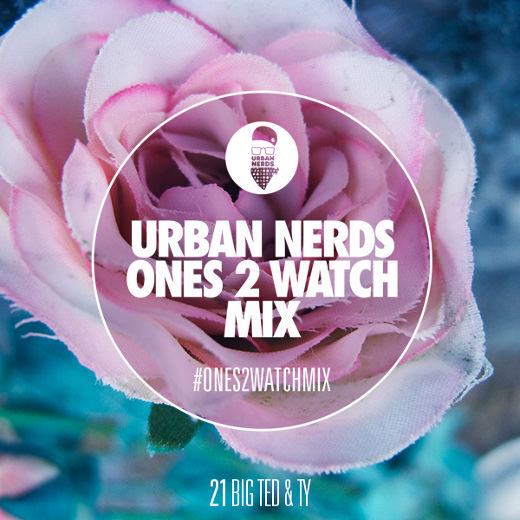 Ty – As one of the most revolutionary rappers on the British hip-hop scene, Ty embodies the intellect, talent and ferocity of an MC always destined to become a legend. Over the last decade, the Mercury Prize nominee has achieved the rare feat of establishing a legacy through his three albums and wise persona, strengthened by his amazing worldwide shows and countless appearances alongside luminaries such as De La Soul, Tony Allen and Pee Wee Ellis.  Musically, he’s also worked with Estelle, Scratch Perverts, Talib Kweli, Black Twang, Arrested Development, Bahamadia and Zion I, both in front and behind the mixing desk, further proof of his relentless artistry and his evolution from roguish wordsmith from South London to an internationally-acclaimed hip-hop connoisseur.

DJ Big Ted – has been putting in work from the early 90′s including on Choice FM’s legendary Friday Night Flava show with DJ 279 and he hosted his own show on Kiss FM Rap for over 10 years along side DJ Shortie Blitz, he’s also toured around the world as the official DJ of Blak Twang and is a Sony award winner.

Tribe – Steve Biko (Stir It Up)

Ultramagnetic MC’s – Raise It Up

Common – Funky For You

Nice & Smooth – Funky For You

3rd Bass – Products Of The Environment

KMD – What A Niggy Know

Lords Of The Underground – Psycho