This weeks Ones2Watch mix comes from a real fresh, upcoming talent who’s flying the flag for the original Drum & Bass sound, Etch. The Brighton based DJ has had his tracks supported by numerous artists on Rinse FM and beyond including N-Type, Oneman, Dusk & Blackdown and Barely Legal on 1xtra. We were lucky enough to get Etch to take some time out of his busy schedule to drop us an exclusive mix and have a chat with us about DJ Pulse, The mods & rockers era with the likes of The Rolling Stones & The Kinks and his debut solo EP (Rise EP) on Soundman Chronicles. Check out the mix & interview both of which are featured below. 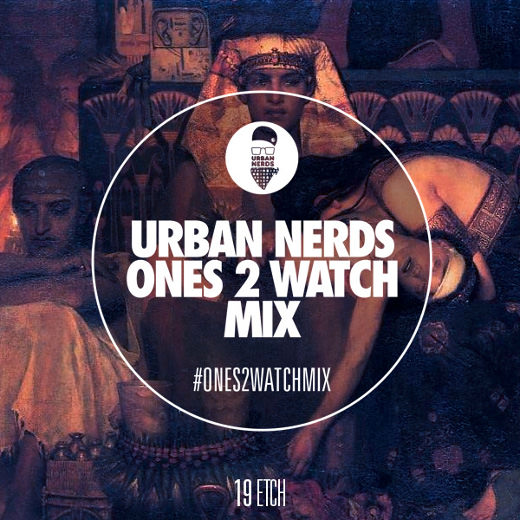 What has Etch been up to as of late?

A couple reasons. I used to make really horrible rip off Noisia neurofunk under a different alias, but then I sort of chilled out and started making really densely layered weird Airhead/Four Tet kinda stuff, using loads of old folk samples n stuff and where I just bashed in loads of layers and didnt know all that much about the technical side of production, I’d always describe the sound as sounding Etched, like it was etched into stone haha. And the 2nd reason my favourite Burial tune is called Etched Headplate

Again, incredibly hard to answer, but one of.. gotta be the original mix of DJ Pulse – So Fine

Can’t remember exactly what, but it was definitely a Technical Itch record

Really wide variety of stuff, my mum always played The Doors and she was really into Roni Size & Reprazent’s album New Forms, then my uncle who was always around was listening to Altern8, Joey Beltram all that sort of dark hardcore/techno stuff and then my Auntie was really into hip hop and even my nan and grandad who grew up through the mods n rockers era always played Rolling Stones, The Kinks etc… So yeah, really broad.

Probably all of the above. Would really love to have vocals from Inga Copeland on a track too

I always love seeing Oneman, coz he just hypes up the party and always knows what to play. Om Unit, Machinedrum, Kutmah, Romare. Usually can’t be dealing with entire nights of 4×4, so yeah, the people who really push the boat out, go crazy. I can appreciate people who are true to DJing or use vinyl etc.., but people that use Ableton and stuff like that tend to have the technical upper-hand in doing something really interesting musically

Hooking up with the Keysound fam I guess, all our lil group of people who make tunes together

Anything 7% or above and £3.50 or less… typically Frosty Jacks… C’mon, gotta budget n that, strife life.

I’m a massive video game nerd, also am really interested in film and photography, stuff like that.

I have about 3 different alias’s that I make troll tunes as haha. You might hear one one day somewhere unsuspecting.

The standard accidentally pushing eject on the wrong CDJ

That would be telling.

I’ve thought about this quite a lot.. Would probably have to be Chicken Katsu Curry

My debut solo EP (Rise EP) is out on Soundman Chronicles, it’s a vinyl only release ltd to only 300, so watch kop dat! Also working on some more stuff with Keysound, more info to come about that soon hopefully!