This week the Urban Nerds Ones2Watch mix comes to you from Mella Dee. Mella Dee’s sound has evolved from a true passion for all things UK garage, combined with a more recently found love for house music. Together these influences have enabled Mella Dee to develop his own approach to the fusion of these sounds, into one bumpy soundscape that is simultaneously house and garage. He’s been busy in recent weeks with moving to the big smoke and also this week signing with Elastic Artists but he took some time to drop us Urban Nerds this mix and have a chat with them, here’s how it went down. 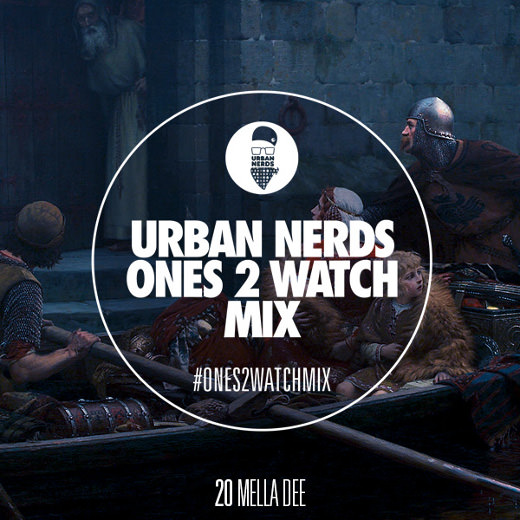 What has Mella Dee been up to as of late?

Recently relocated to London so been busy with that, in addition to working the forthcoming releases I’ve got planned and just keeping things moving!

It’s a play on the way we say melody in Yorkshire basically, nothing to complex!

One I’ve been a playing a lot, Ivory D’or – Witch Doctor. It’s a really dark weighty house bit, which is a sound I’m big on right now.

Such a hard one to even think about that, I think i’ll have to go with a garage track just for the sheer fact I’m so influenced by it. Gonna have to say Groove Chronicles – Stone Cold, the drums are so cold, and the break down where the track switches and gets dark is emotional!

Lots of Northern Soul, Motown, bit of reggae and that. My dad’s a massive Northern Soul fan so that’s a sound I know pretty well.

In terms of me starting to produce I’d say EL-B is a heavy influence, he makes the best drums. Hip Hop is a massive inspiration to me generally though, especially Wu Tang, I’ve been a big fan since I was quite young.

All sorts really, I enjoy just taking in different shows/sounds whenever I can. A personal favourite radio show of mine has got to be Mosca though, his selection is always on point. Also you can never test Martelo wether its on radio or in the dance, absolute top DJ!

Just getting support off of people I respect, it’s always nice getting airtime on radio and getting the chance to do stuff such as put together mixes for shows on radio.

Wray & Neph, gotta be careful with that though, thing’s can get a bit wavy otherwise

Skateboarding no doubt, been doing that since I was like 12 years old so its been a massive part of my life.

I like to keep stuff I carry to a minimal, catch me rolling with my keys, phone and wallet and I’m all good.

One half of the Mista Men is the limit to my AKA’s right now.

At this moment in time, being as I’m kinda hungry and there’s one down the road so it’s on my mind, I’d have to say something from Bodeans, love that spot!

Got a track forthcoming on Sccucci Manucci – Seven Deadly Sins EP, Working on a couple of my own EP’s as well, and also looking to start a new project soon, so just keeping busy.