The ‘First String’ Converse 1970’s Chuck Taylor All Star’s initially released in Spring/Summer of last year, introduced in a Black Hi and a Parchment Low. Following the success of several colour-ups in the 1970’s CT and collaborations between Converse First String and: Maison Margiela, Neighborhood, Clot and Invincible, Converse have reissued the original Chuck Taylor 1970’s colour-ways as a Quickstrike release; Black Hi and Parchment Low alongside two standout colour-ups that dropped last Fall/Winter in the form of the 1970’s Chuck Taylor Hi in Sunflower and the Low in Crimson. 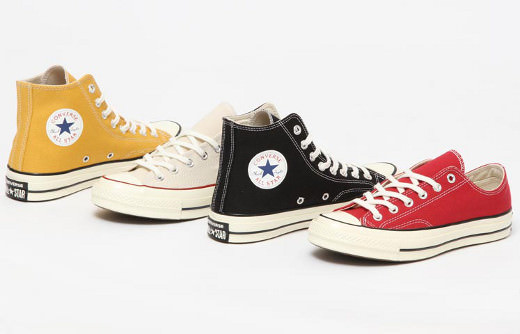 Converse established in 1908, now a subsidiary of Nike, the brand has built a reputation as an authentic American Sports Company, based on the brand’s rich heritage and production of iconic silhouettes like the Chuck Taylor, Jack Purcell and One Star.  Chuck Taylors have a longer history than almost any sports footwear silhouette, the 70’s QS Chuck Taylors are designed using production techniques that were used to manufacture CTs in the 1970’s. 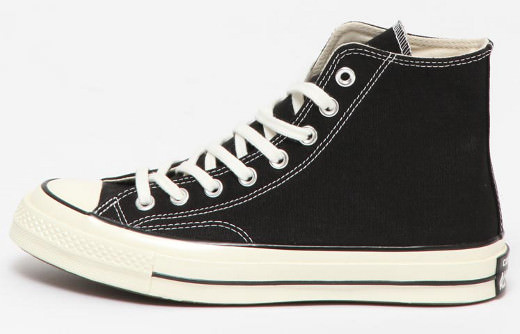 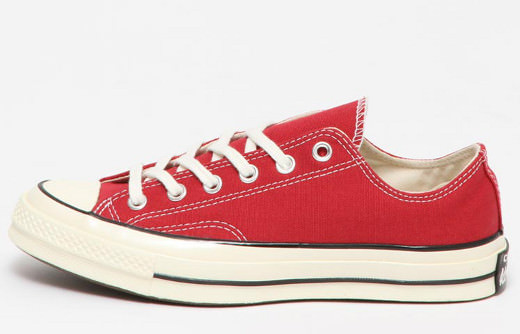 The selection of 1970s Chuck Taylor All Star Hi and Lows feature subtle differences that may not be obvious to those that aren’t collectors or discerning CT fans; the retro silhouette features a heavier, more durable canvas than the general release Chucks, higher rubber foxing along the midsole, added cushioning in the sole unit, with a thicker insole, a roomier toe box construction, and additional reinforced stitching on the sidewall and a vintage contrast license plate on the heel of the midsole.  The Chuck Taylor All Star is much more robust option than your normal Converse sneaker, it is pretty much an exact replica of the CTs that were available in the 1970’s. Style wise these match up well with anything leaving you with more outfit options throughout spring and into summer. 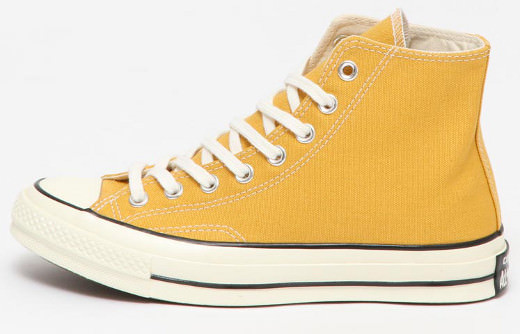 The 70’s Chuck Taylor Hi in Black and Sunflower retail at £70 and the Lows in Parchment and Crimson at £65.  All four colourways release at Wellgosh on Thursday 27th of February at Midnight (GMT). 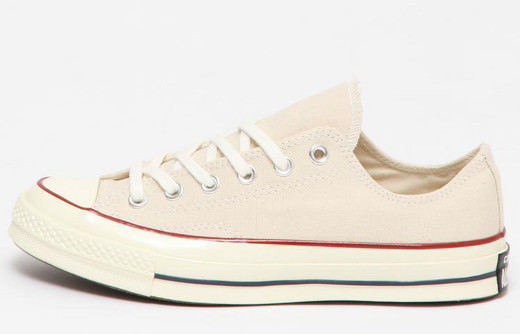