This week’s ‘Trainer of the Week’ is the New Balance US574MD ‘Moby Dick’ in Navy/Red.  The US574MD drops as part of the ‘Moby Dick’ chapter of the New Balance ‘Author’s Collection’ alongside the M1300MD in Light Navy/Teal and M998MD in Grey/Cobalt. The US574MD ‘Moby Dick’ drops under New Balance’s ‘Made in the USA’ tier.  The ‘Made in the USA’ collection is available for the first time ever in the UK in time for Fall 2014.  New Balance produced the first pair of trainers in the USA over 75 years ago and now operate as the only athletic footwear manufacturer in the States.  The dedicated workforce and brand heritage ingrained into each silhouette constructed in factories located in secluded industrial towns such as Skowhegan in Maine, results in high quality American craftsmanship and premium detailing across the limited collections that drop under the ‘Made in the USA’ tier. 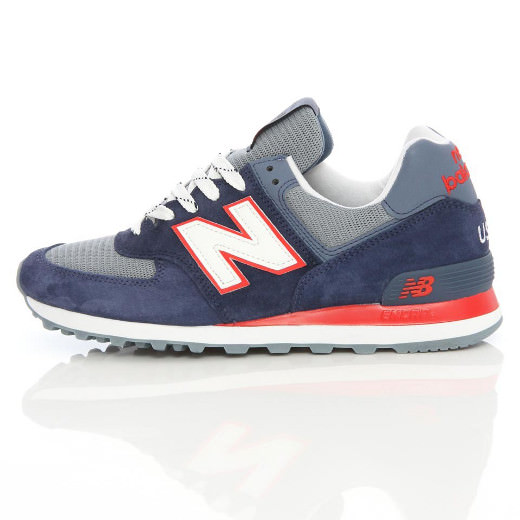 The American heritage of the production is represented in the ‘Author’s Collection’ through the works of renowned American authors; basing each silhouette on themes and muses from distinguished literary works. The first chapter of the ‘Author’s Collection’ available in the UK is the ‘Moby Dick’ Pack, a nod to Herman Melville’s epic ocean tale through a series of sea inspired palettes applied to the three silhouettes in the pack. 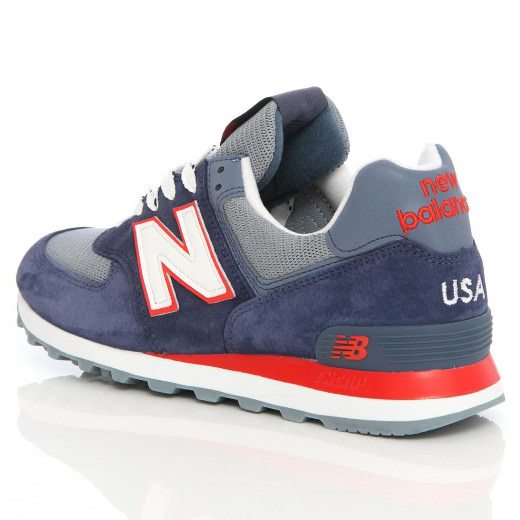 The 574, which first appeared on the market as a more accessible price point version of the 576 receives a premium make-over for Fall as part of the ‘Author’s Pack’.  The Moby Dick iteration of the 574 features a luxury upper decked in premium pigskin suede and mesh panels, accented with a white ‘N’ leather appliqué, a USA decal on the heel, pops of red on the branding and heel counter and a reflective branded heel tab.  Underfoot sits a contrast Encap midsole and rubber outsole for support and stability.  The palette appearing on the limited iteration of the 574 is inspired by the literary classic; Navy represents the deep ocean setting, grey hues refer to Moby Dick and the red accents are inspired by Captain Ahab’s bloody thirsty vengeance pursued in the novel. 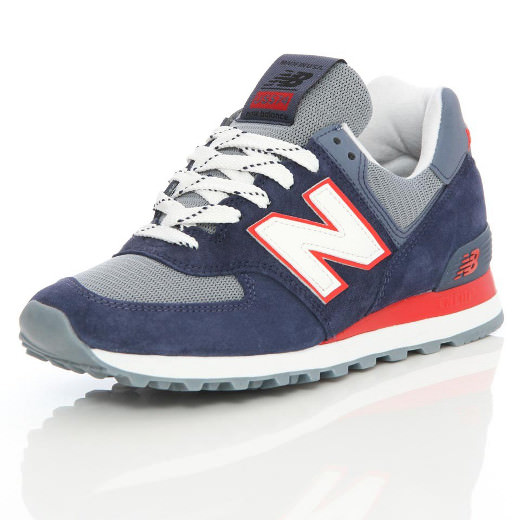