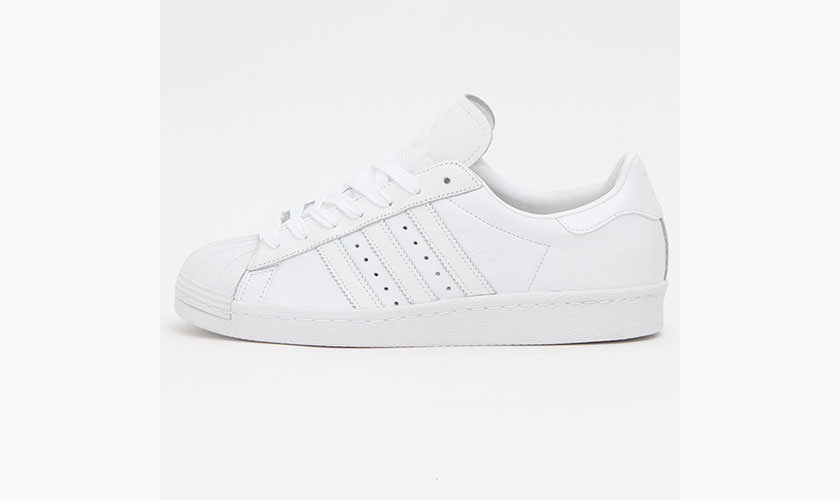 This week’s ‘Trainer of the Week’ is the adidas Originals x Gonz ‘Pioneers’ Pack Superstar 80’s in FTW White. Adidas employ the creative talents of professional Skateboarder/Artist on this re-imagined adidas Originals Superstar that drops as part of the ‘Pioneer’ Pack.  The ‘Pioneer’ Pack is composed of two re-designed adidas Superstars; one designed by Mark Gonzales and the other by re-designed style culture icon Nigo, each pioneer brings their own creative take on the iconic style to get your creative juices flowing. 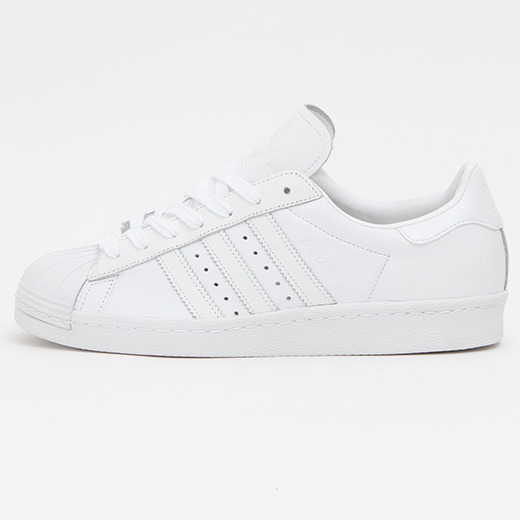 The adidas Superstar originally released in the 1970s as a performance basketball silhouette; dominating the courts from the late 70s and early 80s.  The Superstar was soon after re-appropriated as a street ready style by B-Boys becoming a cultural icon recognised internationally.  The Superstar the made the natural progression of being adopted by wearers from other urban backgrounds.  Over the late 1980s and 1990s the Superstar infiltrated the skateboarding industry and the hip-hop main stage; solidifying the basketball style as a street icon across the globe. 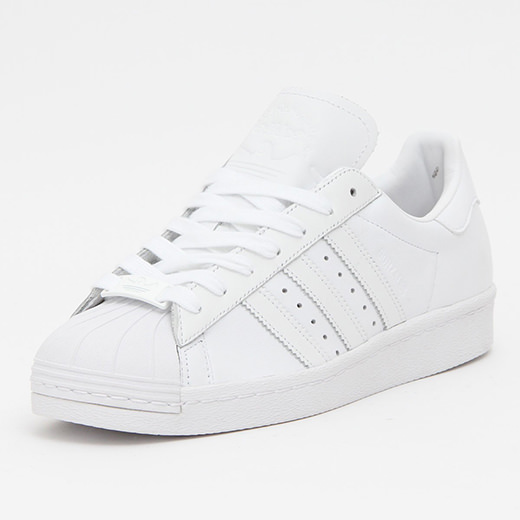 As part of the ongoing relaunch of the Superstar 80s that initiated in January, adidas Originals team up with Mark Gonzales.  The clean white monochromatic palette acts a blank canvas for the Gonz; inviting the wearer to leave their own mark on the trainer, redefining the aesthetic of the design.  The concept is the wearer will either subject the blank base to natural erosion, scuffs and wear or take to the silhouette with their own creative endeavours with the blue, orange, red, green marker pens that come with the limited edition Superstar 80’s. 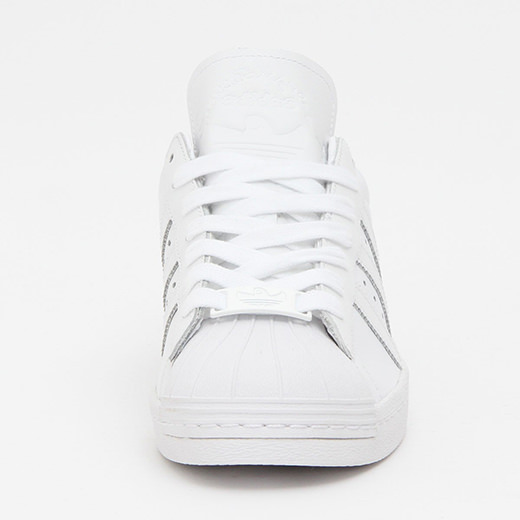 The adidas Superstar updated by pioneer of modern street skateboarding Mark Gonzales are crafted from a full grain leather for a soft and comfortable feel and feature the iconic rubber ’shell toe’.  The monochrome white uppers feature a Gonz ’shmoo’ inspired, reworked Trefoil embossed on the lace jewell, tongue and leather heel tab, with an embossed ‘GONZALES’ call out on the heel quarter next to the tonal zig-zag cut leather three-stripe branding. 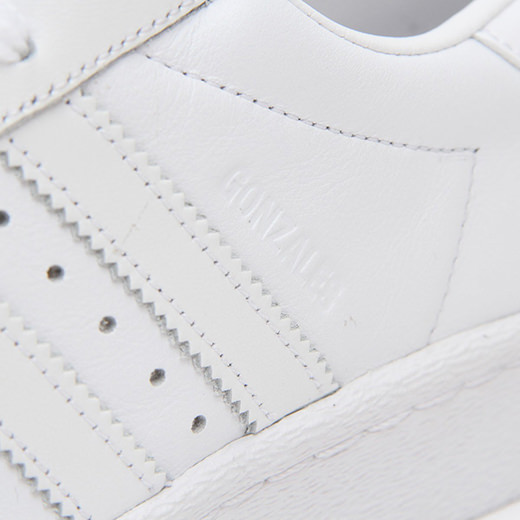 The interior features a hardwearing leather lining and a unique signed Gonz illustration on the insole.  Underfoot a crisp white cupsole with a herringbone-patterned outsole for traction rounding things off.  The Superstars come in a custom box and a pack of assorted custom marker pens adorned with the Gonz ’shmoo’ illustration on the pens and bag they appear in. 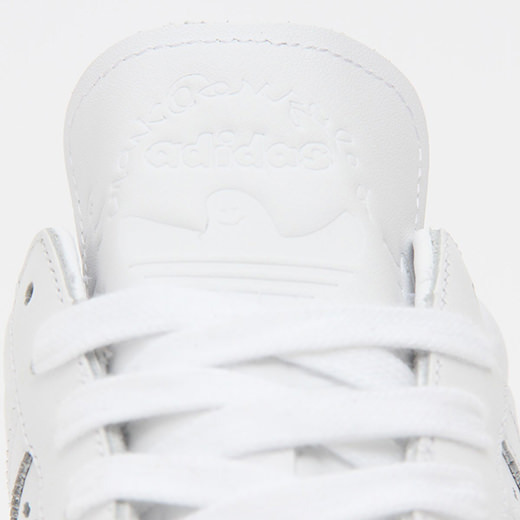 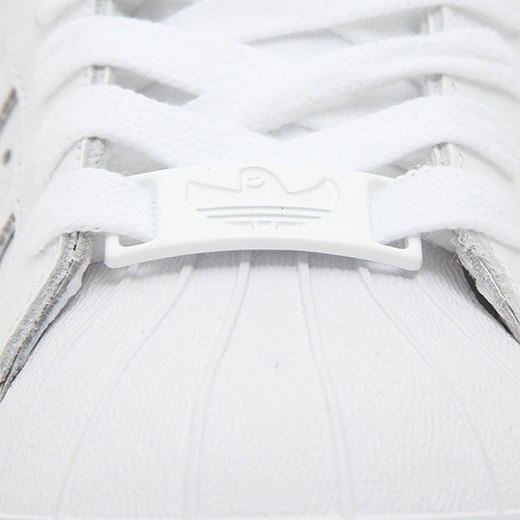