This week’s ‘Trainer of the Week’ is the Nike Air Max 90 Jacquard in Bright Magenta/Black one of two colour-ways in the Nike Air Max 90 Jacquard released this Summer. With over two decades on the shelves the Nike Air Max 90 continues to stand the test of time through design innovation.  This season the iconic running style appears in two colour-ups in a jacquard make up that first emerged as a new AM 90 iteration last year.  The no-sew uppers on this Nike archive silhouette feature several jacquard patterns, highlighting the construction of one of the most iconic ruining trainers in history. 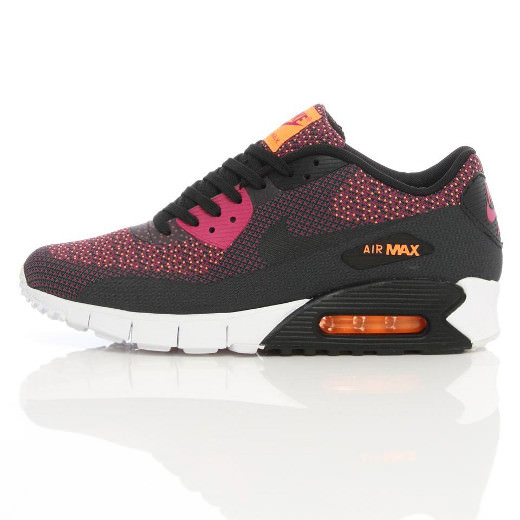 This Summer’s build of the Nike Air Max 90 Jacquard replaces the styles usual leather upper  for a tightly woven base, replacing the traditional mesh panelling with woven panels in hues of bright magenta and orange applied to the revamped body of the silhouette, with the leather sidewall panels replaced with tonal magenta/black woven panels.  Underfoot is a contrasting white Air Max 90 midsole, featuring a current midsole construction at the fore foot; subduing the intricately woven patterns on the upper.  Accenting this technically assembled kick is a total orange ‘Air Max’ sidewall colour-pop, woven branded tongue patch and exposed Air bubble contrasted against a black rubber mudguard.  Tied together with tonal magenta heel branding. 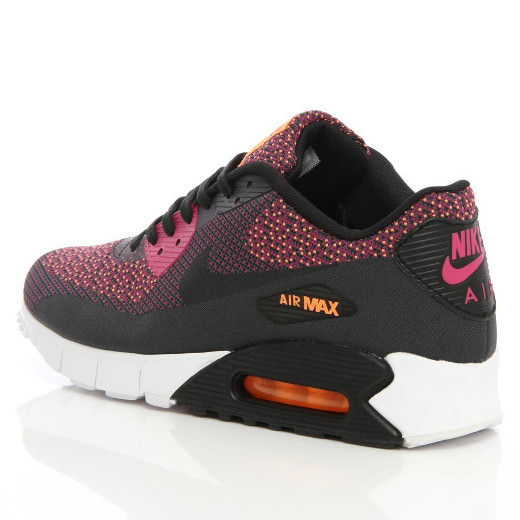 The Nike Air Max 90 Jacquard is now available in both Bright Magenta/Black and Wolf/Grey White in-store and online at Wellgosh while stocks last.  RRP £113.95.  Keep checking the Wellgosh site for the arrival of the first Nike Air Max 1’s to receive a Jacquard update appearing in two colour-ways within the next two weeks. 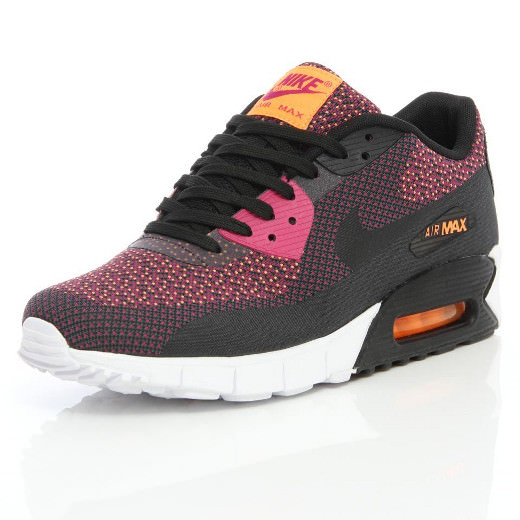