This week’s ‘Trainer of the Week’ is the Adidas Superstar 80’s DLX in White/Black.  The original colour-up in the Superstar drops alongside a White/Scarlet colour-way at Wellgosh as part of the ‘Vintage Deluxe’ Pack. 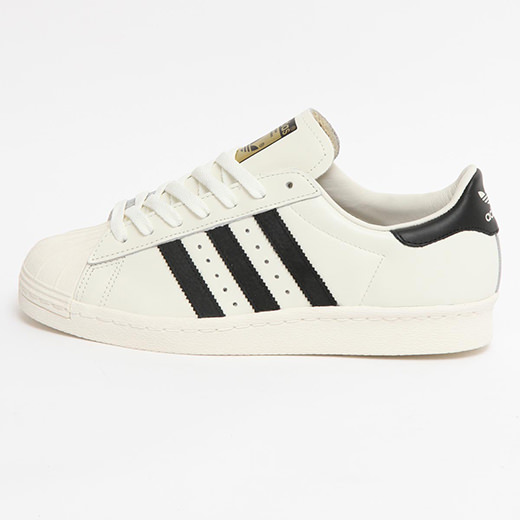 Since its debuted in 1969, the Superstar has been an icon amongst several generations and sub-cultures.  The German sportswear giant aims to make 2015 the ‘Year of the Superstar’ following up the ‘Year of the Stan Smith’ in 2014.  Adidas have initiated the 2015 Superstar campaign with the ‘Vintage Deluxe’ Pack which features an assortment of original colour-ups dressed in luxury materials with the retention of the classic detailing that made the silhouette an icon. 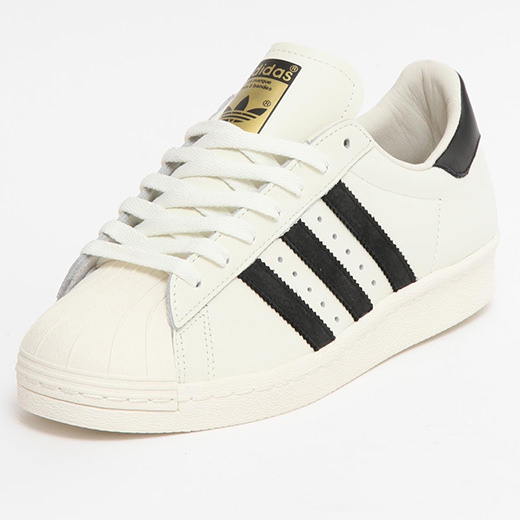 It seems only fitting the colour arrangement that started the Superstar legacy, initiates the 2015 ‘Year of the Superstar’ campaign.  The White/Black rendition of the Adidas Superstar 80’s Deluxe returns in its original build, updated with luxury detailing for a contemporary market.  The premium upper is constructed from high quality white boot leather, accented with nubuck three-stripe branding finished with a zig-zag contour. 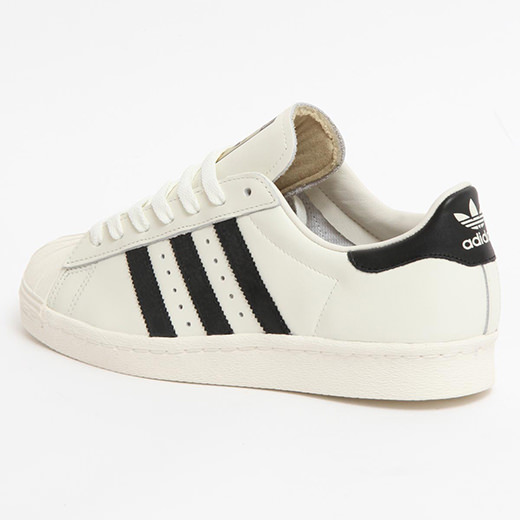 The premium update on the 1980’s icon remains faithful to the original construct; with details such as the perforations between the nubuck three-stripes on the sidewalls and the classic rubber shell toe, yet is subtly updated with luxury detailing, including: a leather lining, a padded tongue, a Poron® performance sock-liner and a gold foil Superstar tongue patch. Below the premium upper is a tonal herringbone cup-sole with tonal topstitching on the midsole and a rubber herringbone outsole rounding things off. 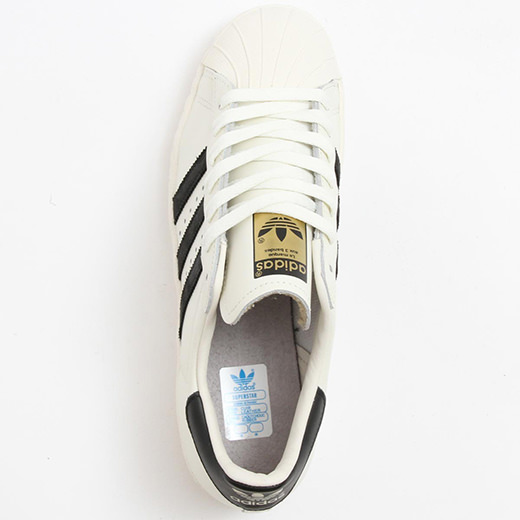