This week’s ‘Trainer of the Week’ is the Nike Internationalist Mid QS in Bronze/Black.  The Nike Internationalist Mid QS appears in four mid-top Autumn inspired colour-ups for Holiday 2014.  All four silhouettes appear in a variety of all-over reflective earthy hues. The Internationalist was originally released in 1982 as a functional lightweight track and field silhouette, and was immediately adopted by B-Boys and casuals both sides of the Atlantic.  The interest generated by urban sub-cultures after its initial release, set it up as a street ready silhouette for it’s re-release in 2012 after 30 years in the Nike  archives.  After two years of appearing in various palettes and constructions including a Lunar rendition, the Internationalist appeared in a Premium Mid build earlier this season in Black/Black. 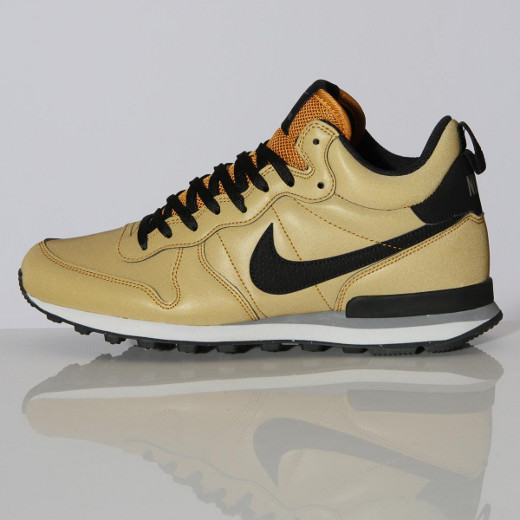 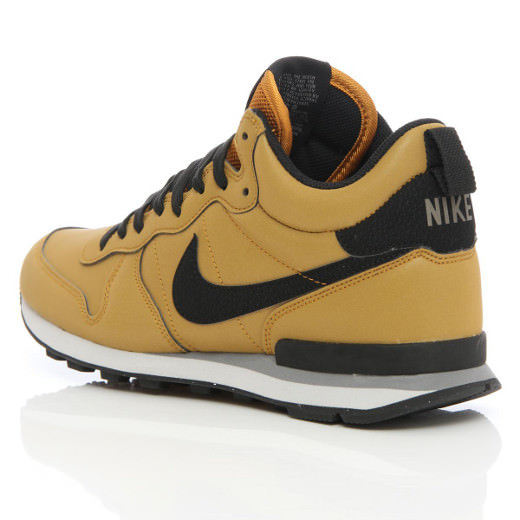 All four colour-ways from the Nike QS Internationalist ‘Reflective’ Pack; comprised of the Bronze/Black, Game Royal/Black, Red Clay/Black and Khaki/Black colour-ups are now available at Wellgosh in limited quantities.  RRP £113.95. 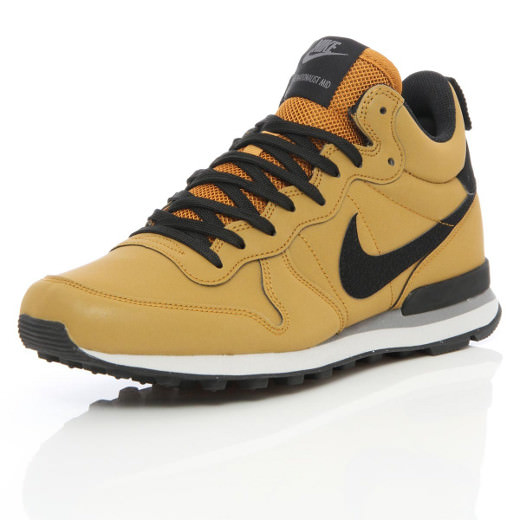