The NME’S are back for another year and they bring with them a spectacular concert tour which will take the UK by storm in March. The awards will take place on the 26th of February. Austin Texas is this year’s official headline sponsor for the NME Awards shows and tour and as the Live Music Capital of the World® Austin echoes with the sound of country, rock n’ roll, blues, jazz, latin and more. On any given day you can find live music playing in more than 250 different venues located throughout the city. They even play live music as you arrive at the airport, and they are bringing that flair and taste to the UK shores combining with NME for a ten date tour. A tour that we’ve got two tickets to give away to the London leg. 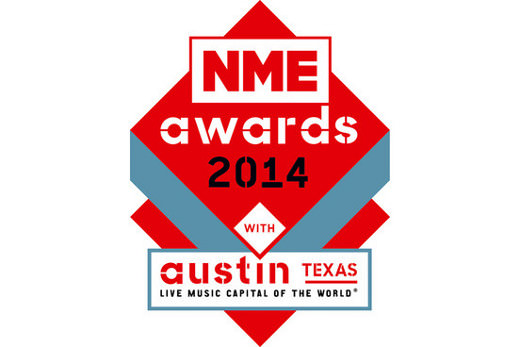 Highlights from the 2013 NME Awards included live performances by Miles Kane and Paul Weller, Biffy Clyro, Foals and a grand finale from 2013 Godlike Genius Johnny Marr who closed the night performing a five-song set with Rolling Stones legend Ronnie Wood and The Vaccines’ frontman Justin Young. Interpol, Temples, Royal Blood, Circa Waves are just a few of the acts playing on this years NME tour sponsored by Austin Texas and we have a pair of tickets for one lucky Concrete PR newsletter subscriber, all you have to do it fill in the form below. 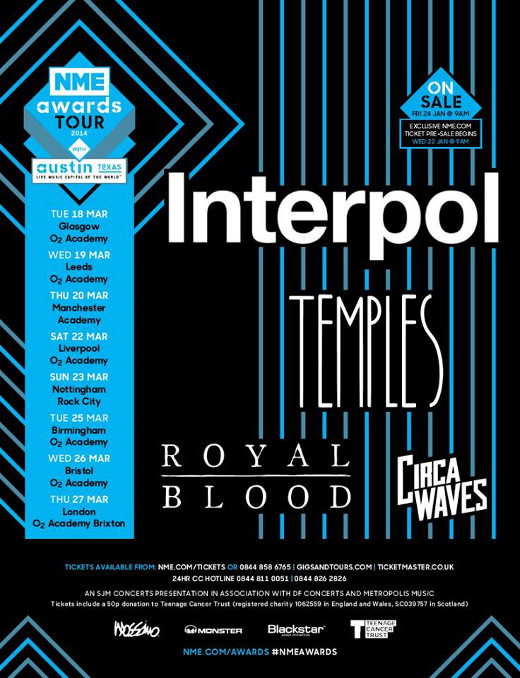 T’s & C’s. Entry is deemed acceptance of these Terms and Conditions. ONE Winner will win a pair of tickets to each gig. Prize for 2 people (18/over) is ticket only. Travel to/from London, drinks, over night accommodation, any other costs/ expenses are not included (winner’s responsibility) Concrete PR and NME accepts no liability for Winner’s subsequent participation in this prize. Prizes not transferable, no whole/part cash alternatives. NME is not responsible for any ticketing for this promotion.
All you have to do to enter is fill in the form the below. All applicants must be over 18 and the winner will be announced on the 20th March and will be notified via email. Only one entry per email will be allowed. By entering your details you are agreeing to be added to the Concrete PR newsletter mailer, if you wish to unsubscribe at any time please follow the link at the bottom of the page on the newsletter. Good luck.