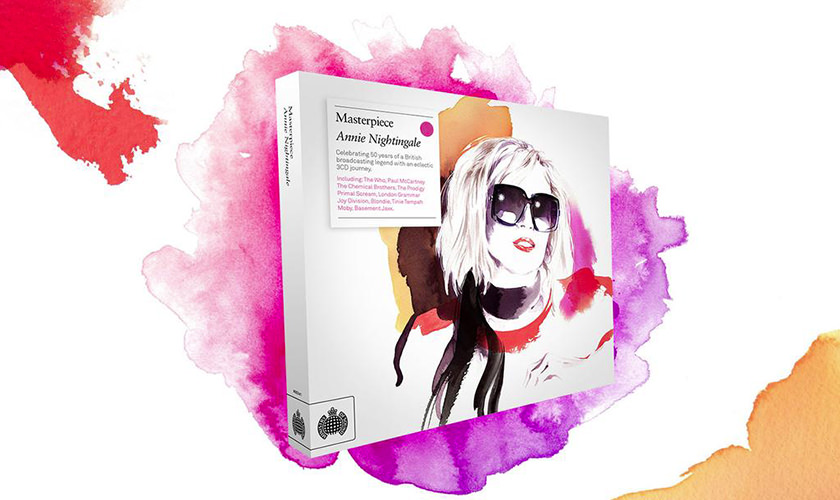 Legendary Radio DJ and broadcaster Annie Nightingale celebrates 50 years in the game by mixing the latest in Ministry of Sound‘s Masterpiece compilation series.

The 3 CD release contains golden age rock tracks from the likes of The Rolling Stones and The Who, with credits from Primal Scream and Joy Division, plus many dance numbers from the likes of Basement Jaxx, Underworld, The Chemical Brothers, Magnetic Man and The Streets. 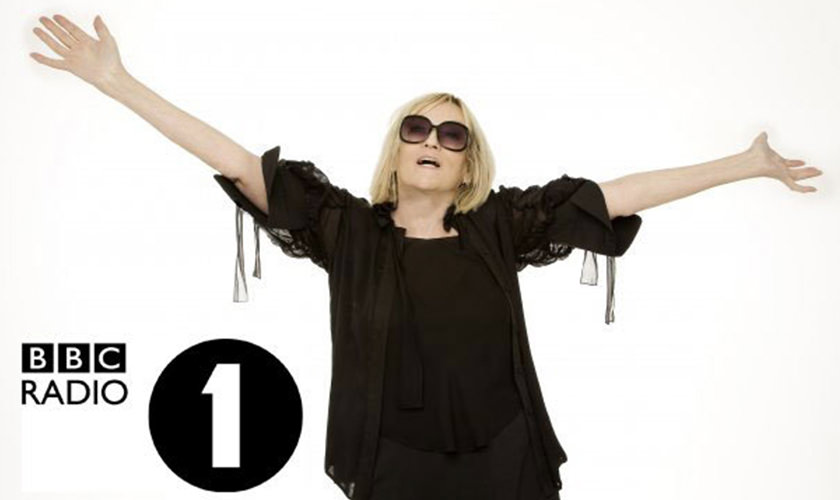 In Annie’s words; “It’s the story of (mostly) British music over the past five decades from the touchstones who started it all off. From Paul McCartney of The Beatles to The Rolling Stones and The Who, right through to the artists of today whom I think so much of. Many of these titans have never agreed to being on a compilation before – and certainly not together.”

Annie Nightingale is best known as Britain’s first female DJ on Radio 1. At the age of 75, she is now the station’s longest serving broadcaster. She remains the only female DJ in the world to have been honoured with an MBE by The Queen. See below for full packshot & tracklist, and lookout for her iteration of Masterpiece dropping July 17. 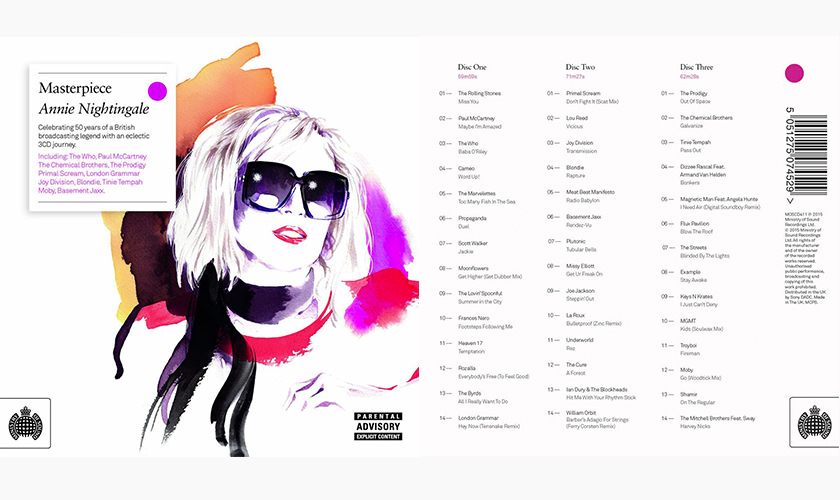