James Blake has released a new EP on his label 1800-Dinosaur, simultaneously making the full record available for streaming via Spotify (below).

200 Press consists of 4 tracks that are for the most part considerably more upbeat than his recent offerings, the title track of which was premiered during his BBC Radio 1 residency in August. It’s packaged with tracks 200 Pressure, Building It Still and a pitched-up recital of James reading a piece of poetry titled Words That We Both Know. 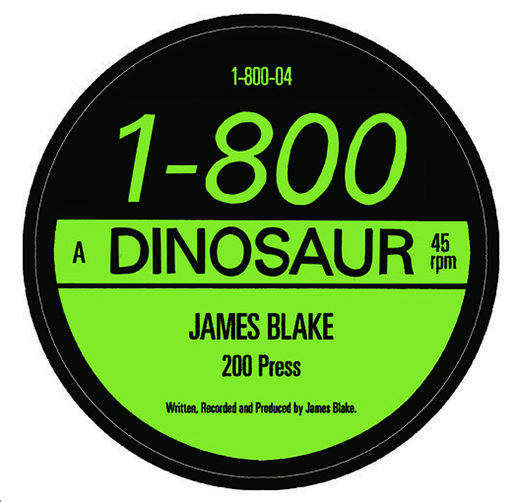 The first track clocks in at over 6 minutes long, featuring distorted vocals that build with synth stabs as the song progresses. Whilst moody, along with the second offering it contains elements of funk and jazz music. Track three is unmistakably James Blake, composed with classical piano and gargantuan dubstep basslines. Listen for yourself below & look out for the 2 x 7″ & digital release via 1800-Dinosaur.