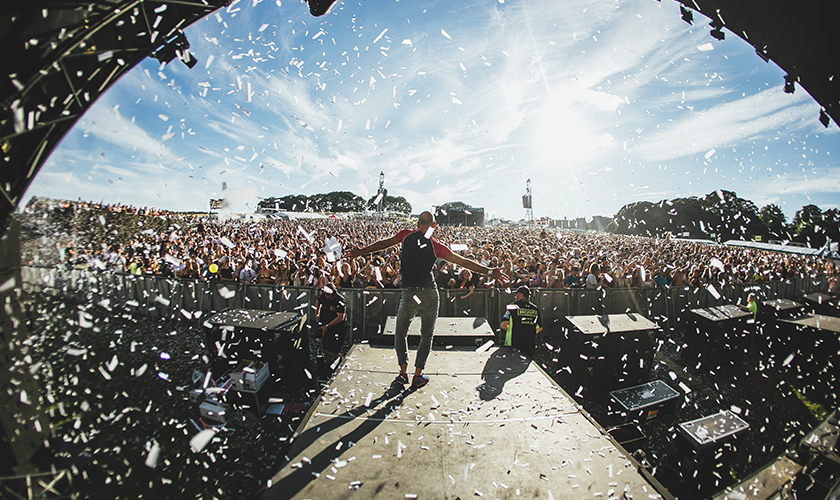 There’s something to be said about raving on a hill over looking a sea of people whilst the DJ plays before you. Regardless of how memorable your journey may have been or how good your post CITP venture was, its the raving on the hill you will savour most. There is just this different feeling which is accumulated from standing there on sloped ground stomping your feet in sync with the rhythmic drums thumping through the sound system. The feeling is almost incomparable. With this in mind and quality stand out line ups ear after year, little old Leeds up in Yorkshire have something to look forward every year in Cocoon In The Park. This year the sun was shining down bright on the Yorkshire dales, one place, one stage and one sick line up in tow programmed to take you on a 13 hour journey through House & Techno. 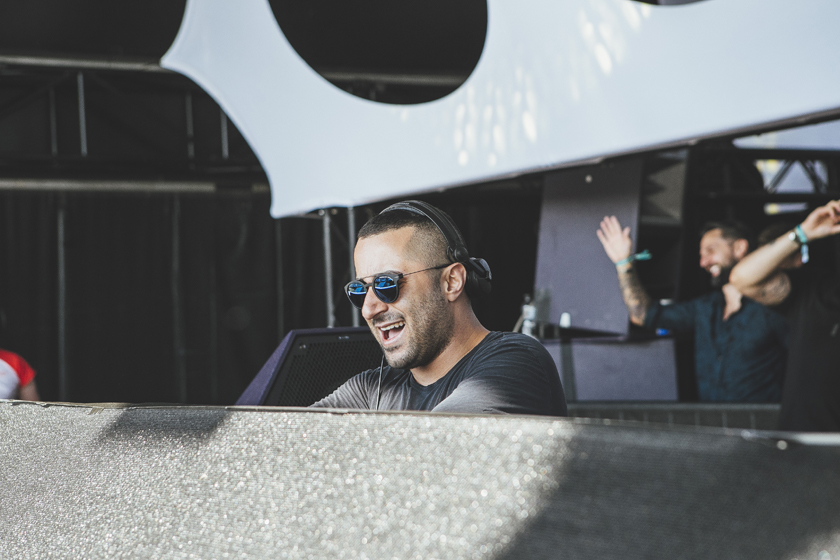 Upon arrival to the massive open grounds of Temple Newsome Park you could feel the buzz in the air and hear the various different accents of chit chatter from ravers whom had all travelled for the same reason. The walk from the main entrance of the park to the festival grounds was short but across the grass you could see a few bags left strewn across the grass from those who had failed to read online where it said no bags. A touch inconvenient but completely understandable considering recent events and in all fairness it made a change from having to dodge the countless number of rucksacks bobbing about. The event opened at 10am setting the tone with opening sets by Annie Errez/Bobby Odonnel and Alex & Digby, but it was Rich Ahmed to kick it off for the big boys.

As the numbers started to pile in Richy Ahmed did what he did best and delivered a masterclass Tech House performance setting the stage for Joseph Capritati. This is where the good, clever programming becomes noticeable. The little man from Italy is renowned for the ability to play Tech House and Techno at the highest level, which makes him the perfect act to make the transition in sound and elegantly change the vibe as the heat started to cool. Adam Beyer is Adam Beyer and the Drumcode boss’ names speaks for itself and very rarely does he disappoint. Such is his pull and his stature within the game, just before Adam Beyer touched the decks you could begin to see a swarm of Drumcode printed T-shirts before you. Adam was good, really good but maybe 2 hours just wasn’t enough. By this time the talk around the grounds was that this was the best CITP so far. The infamous Sven Vath was to close the show, offering up 4hrs of music, digging deep into his collection. Sven started of real groovy taking us on a journey through electronic music with pyro technics in show ending the show on a high and leaving us all looking forward to next year. If rucksacks ain’t allowed next year, I think I may have to choose practicality over fashion and purchase a bumbag because I will be attending in 2018.