This week’s ‘Trainer of the Week’ is the Puma x Alife Suede in Black/Amazon.  The Puma x Alife Suede drops alongside a second colour-up in the Suede, an R968 in Metallic Silver and a line of clothing accompanying the limited edition footwear offerings.  The collaborative capsule collection, coined ’15 Years and Running’ commemorates the NYC based boutique’s 15th anniversary in business. 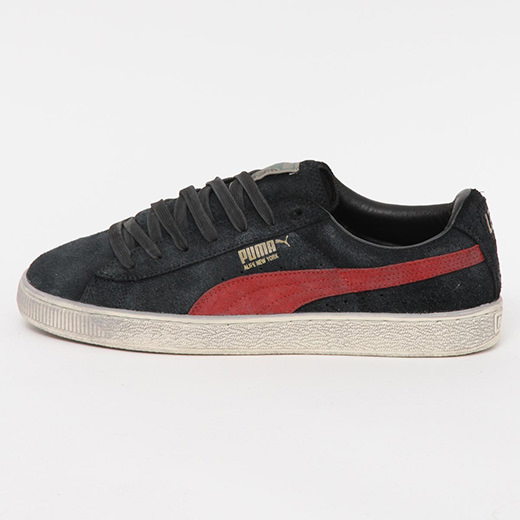 New York institute Alife and sportswear giants Puma reunite on a capsule collection inspired by the creativity that stems from and the aesthetic of the Lower East Side.  Through footwear, apparel and luggage accessories, the two brands reference the culture, history and landmarks that influenced the heritage and direction of each brand respectively.  Puma has deep rooted history in the Lower East Side through the 1980s B-Boy movement, when the Puma State was synonymous with B-Boy culture and the break-dancing scene that was a prolific sub-culture.  Alife’s long history as a New York based retailer is represented through cues that reference the aesthetic of the boutique and its surroundings. 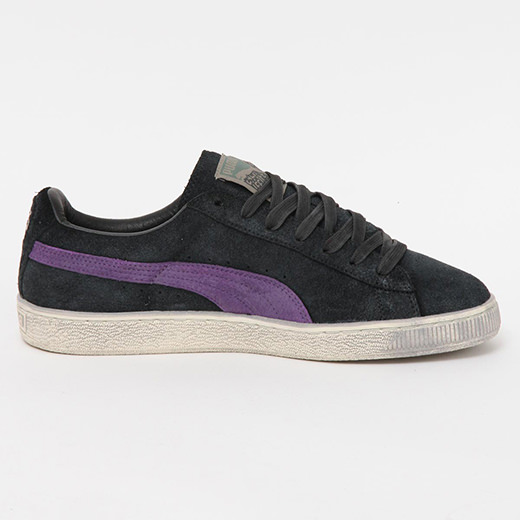 The Puma x Alife Suede in Black/Amazon also available in White/Amazon appears in its traditional low-cut iteration with a weathered suede upper in black and an ‘aged’ sole unit below referencing the dirty streets of the Lower East Side of New York.  The lateral sidewall Form Stripe appears in red, contrasted against a purple Form Stripe; derived from the Alife Rivington Club’s palette, accenting the premium vintage upper.  This limited rendition of the Suede features gold Puma x Alife quarter branding, a woven Puma x Alife tongue patch and heel detailing; with the left shoe featuring a Lower East Side signifying ‘LES’ callout and the right a New York City ‘NYC’ callout.  Each style includes 15 Years And Running’ laces with a Puma x Alife branded drawstring canvas lace bag.

The Puma x Alife Suede in Black/Amamzon RRP £74.95 is now available in limited quantities alongside the rest of footwear, clothing and accessories dropping as part of the Puma x Alife ’15 Years and Running’ Capsule Collection. 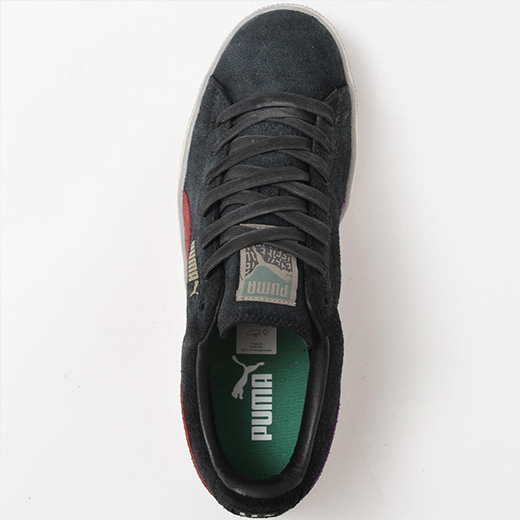