This week’s ‘Trainer of the Week’ is the Nike Air Huarache in White/Scream Green.  Having appeared in a plethora of colour-ways since the reissue of the two OG colourways in Spring 2013, Tinker Hatfield’s Air Huarache LE re-releases in the ‘Scream Green’ colour-way for Fall 2014 after a long absence, last hitting the shelves in 1999. 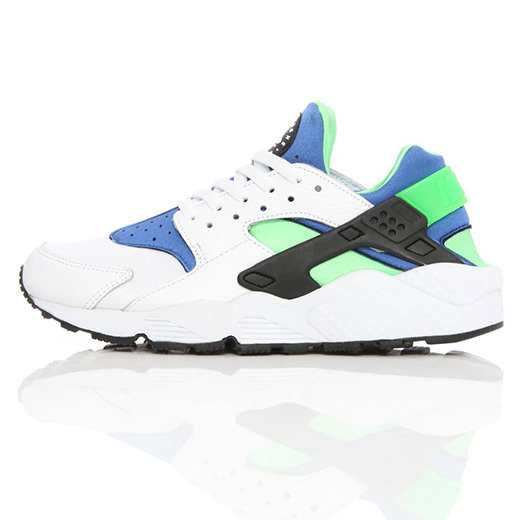 Originally released in 1991 the Tinker Hatfield designed iconic silhouette stays faithful to the original construction for the 2014 iteration.  The classic 1990’s runner stood out when it initially dropped 23 years with its unique construction.  The composition of a neoprene sock-liner, soft leather upper and plastic heel cage offered support, stability and a lightweight build that wasn’t available on the market at the time. 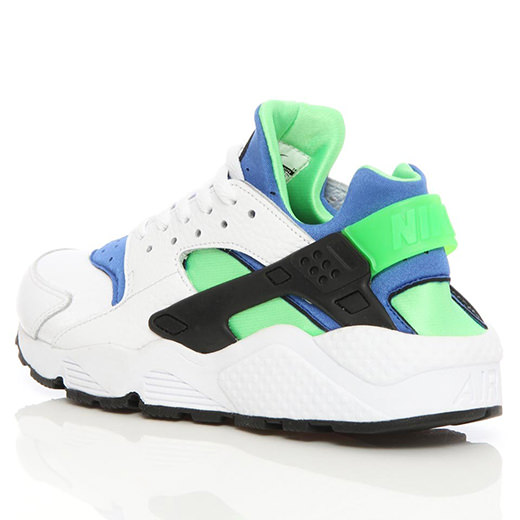 The Air Huarache LE features an upper assembled from the whites of the tumbled leather and mesh toe-box accented with pops of scream green and royal blue accenting the neoprene bootie, and pops of scream green on the contrasting black plastic heel cage.  Underfoot features the signature Haurache LE air midsole appearing in its original build, complete with a contrast, black, rubber outsole below.

The Nike Air Huarache in White/Scream Green RRP £79.95 is available in extremely limited quantities at Wellgosh.  Don’t sleep on this limited reissue, Huaraches never stay on the shelves long, particularly the retro reissues that are very far and few in between. 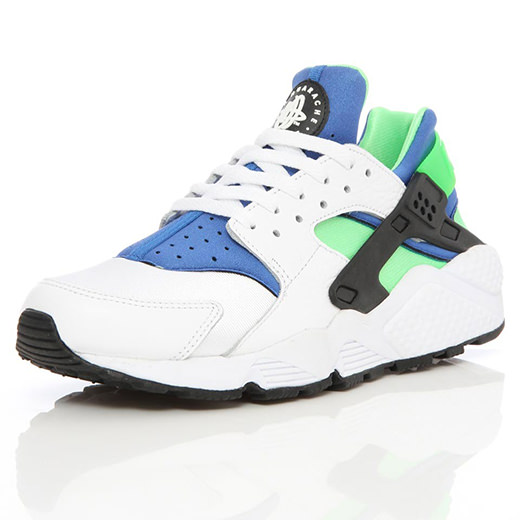